What's In Your Brew Can?

As a lad I went with my Dad to his work at Mother's Pride Bakery. The work's canteen left such a lasting impression on me, noise, smoke, chat, laughter, howls, hands of curled cards, linoleum topped tables, clatter of chairs, steaming mugs of tea, straight from a huge urn, as it comes, deep dark brown, milk and sugar not optional, catering loaves toasted and buttered, piled high to the rafters.

Later on, in my life as a BR goods guard, tea and butties were often as not taken on the hoof. An enamel brew can essential to any movable feast. Though the mess room, brew hut and brake van, provided some rude shelter, heat and hot water.

These images from the Museum of Transport - Greater Manchester http://www.gmts.co.uk mark and record that great institution the bus canteen and the lives of working people.

Never leave home without the makings of a brew, what's in your brew can? 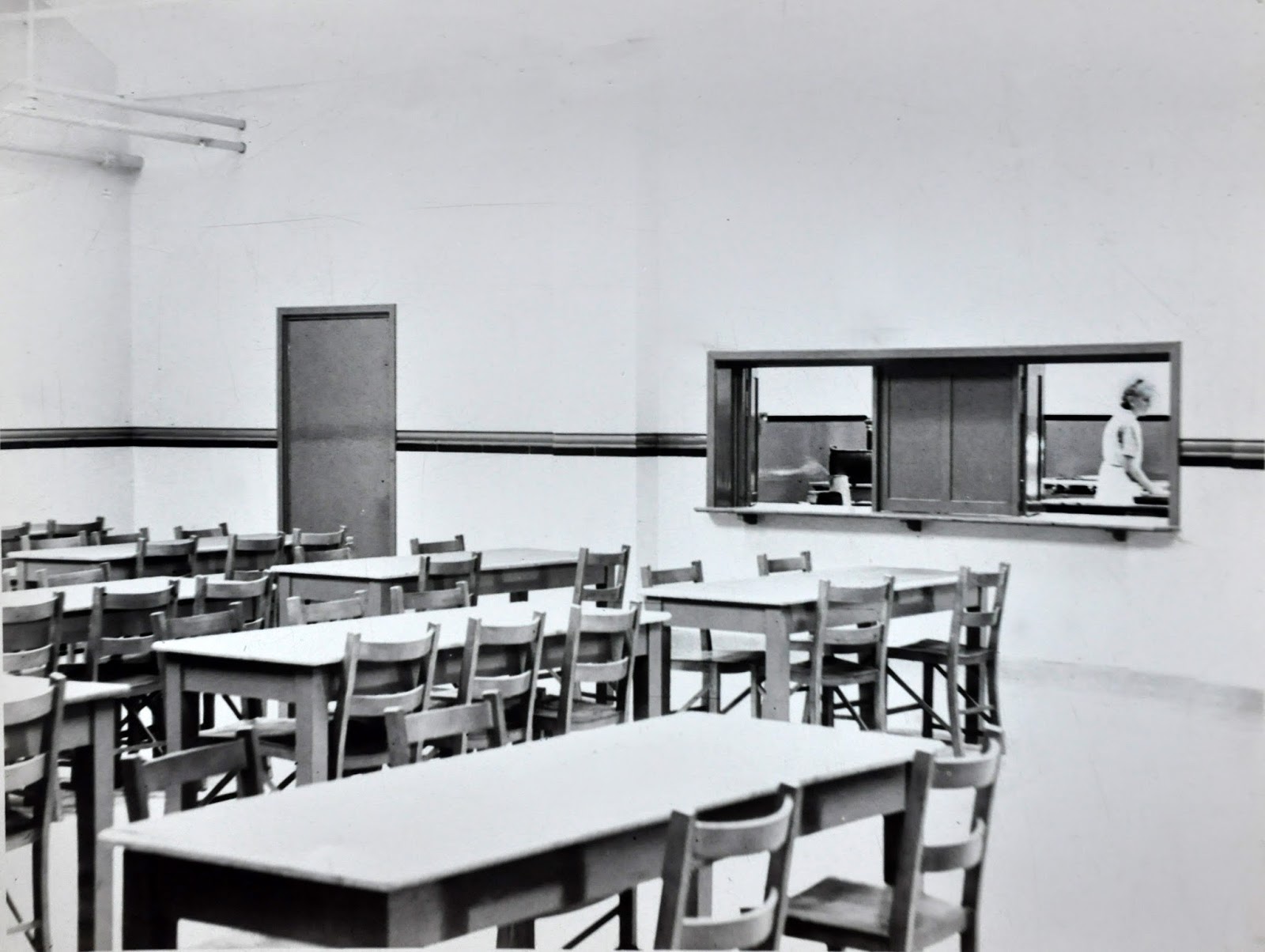 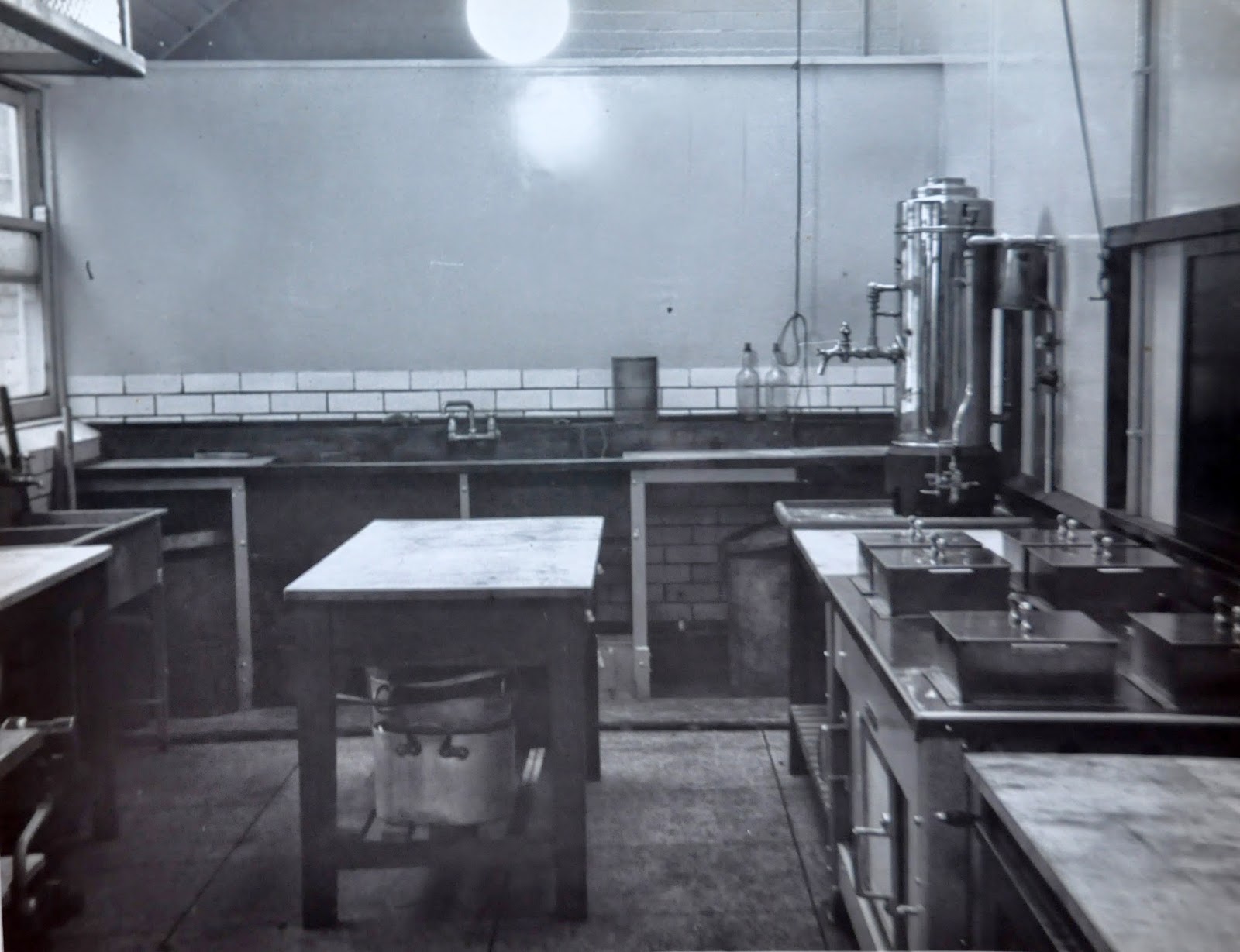 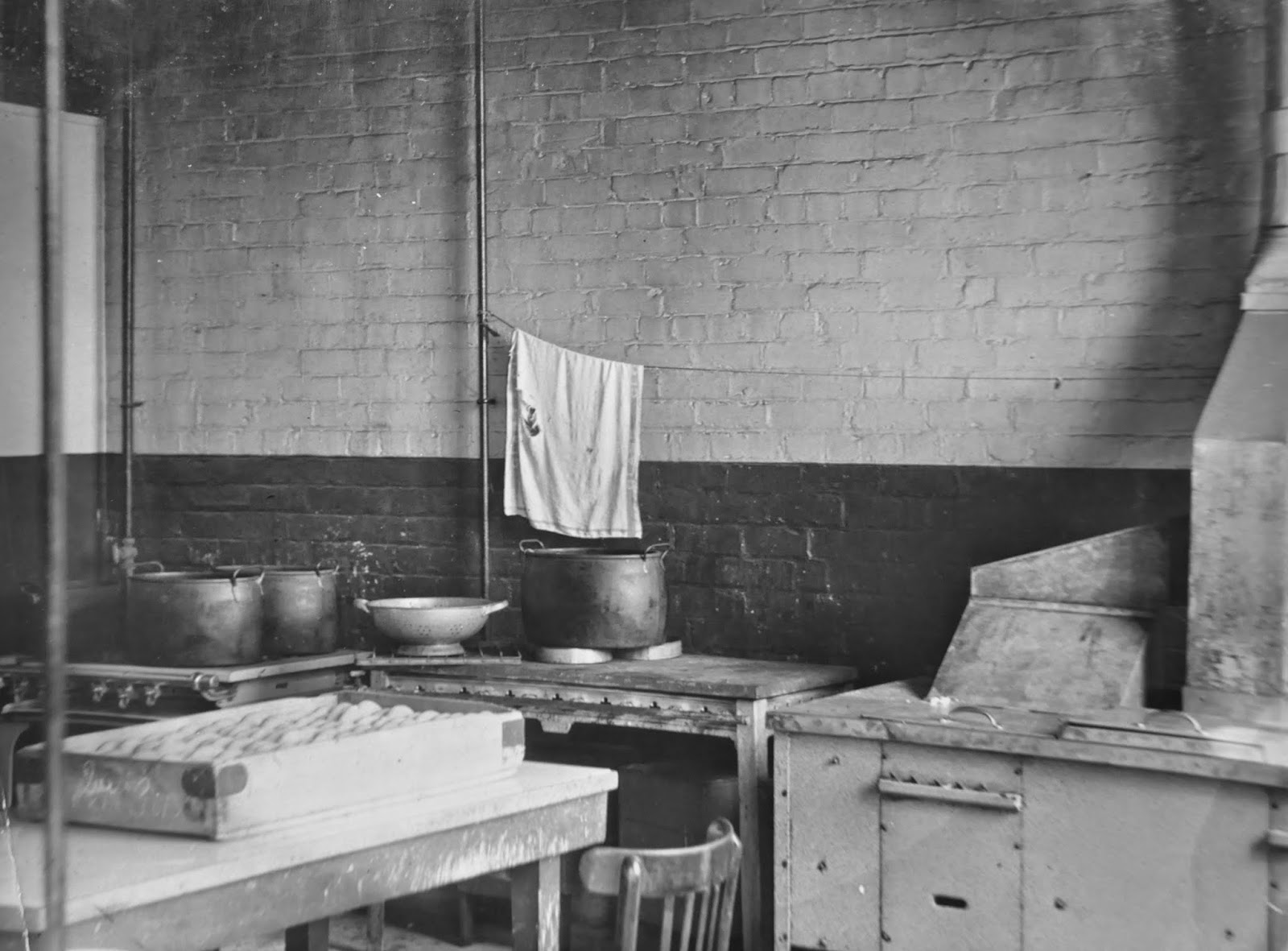 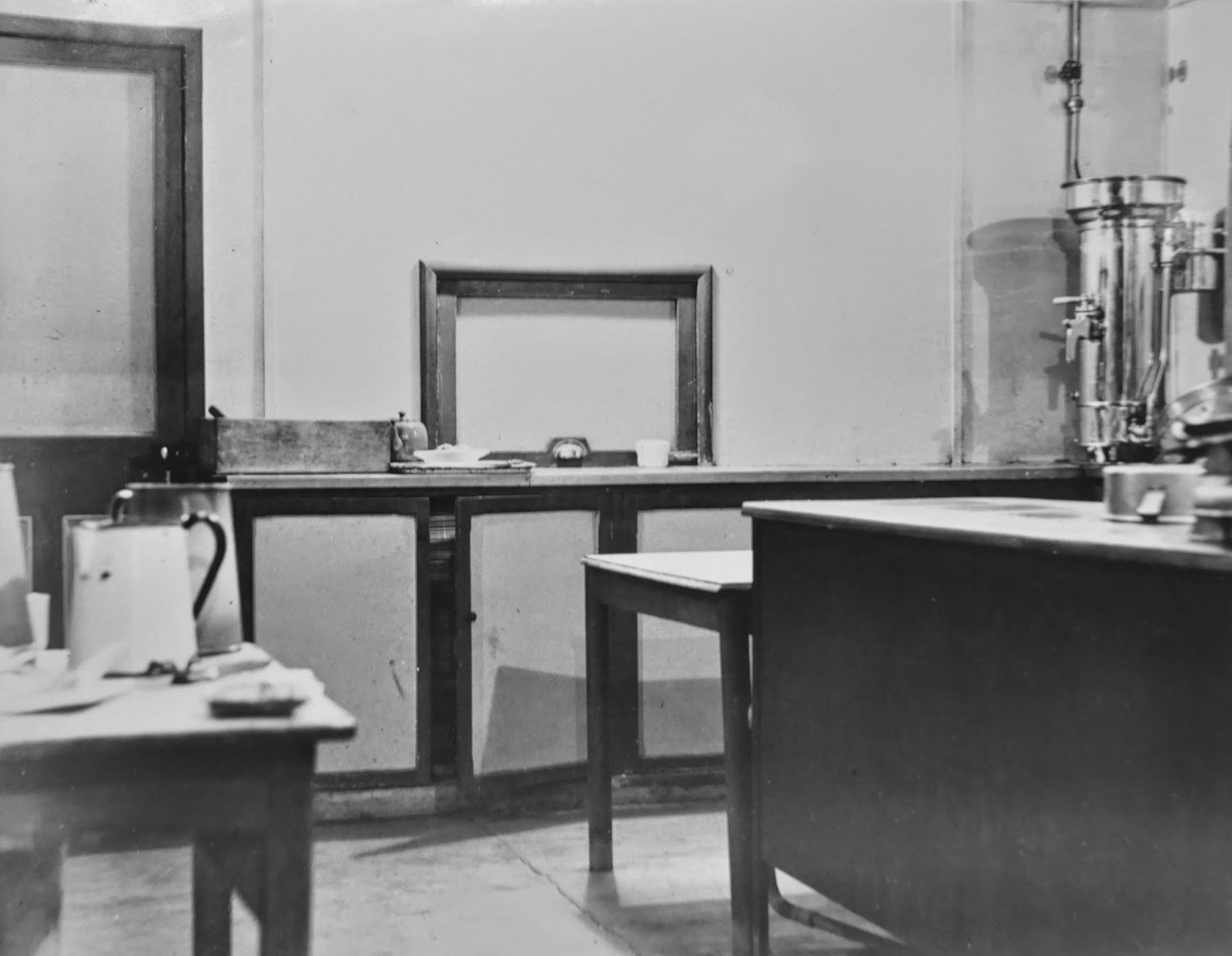 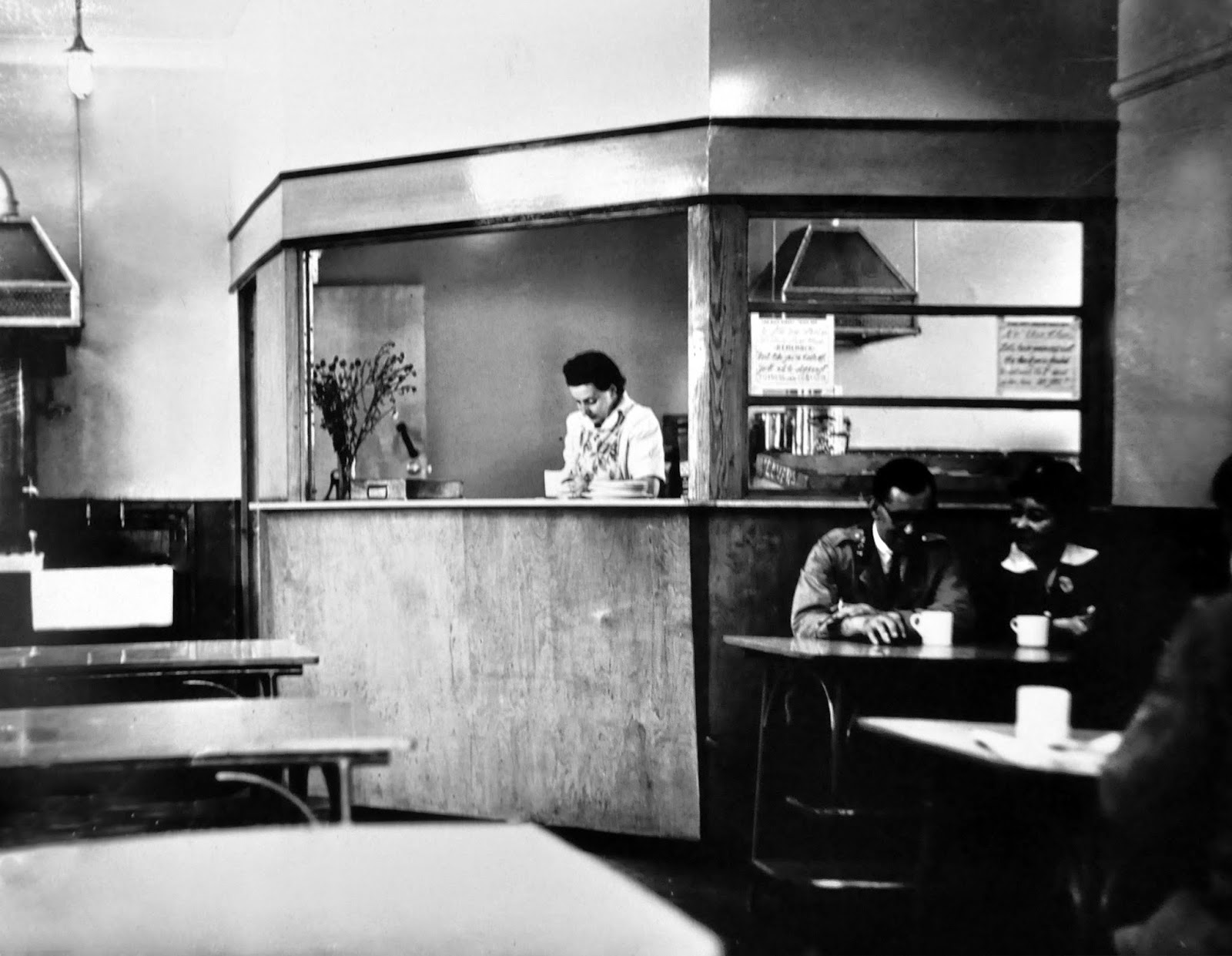 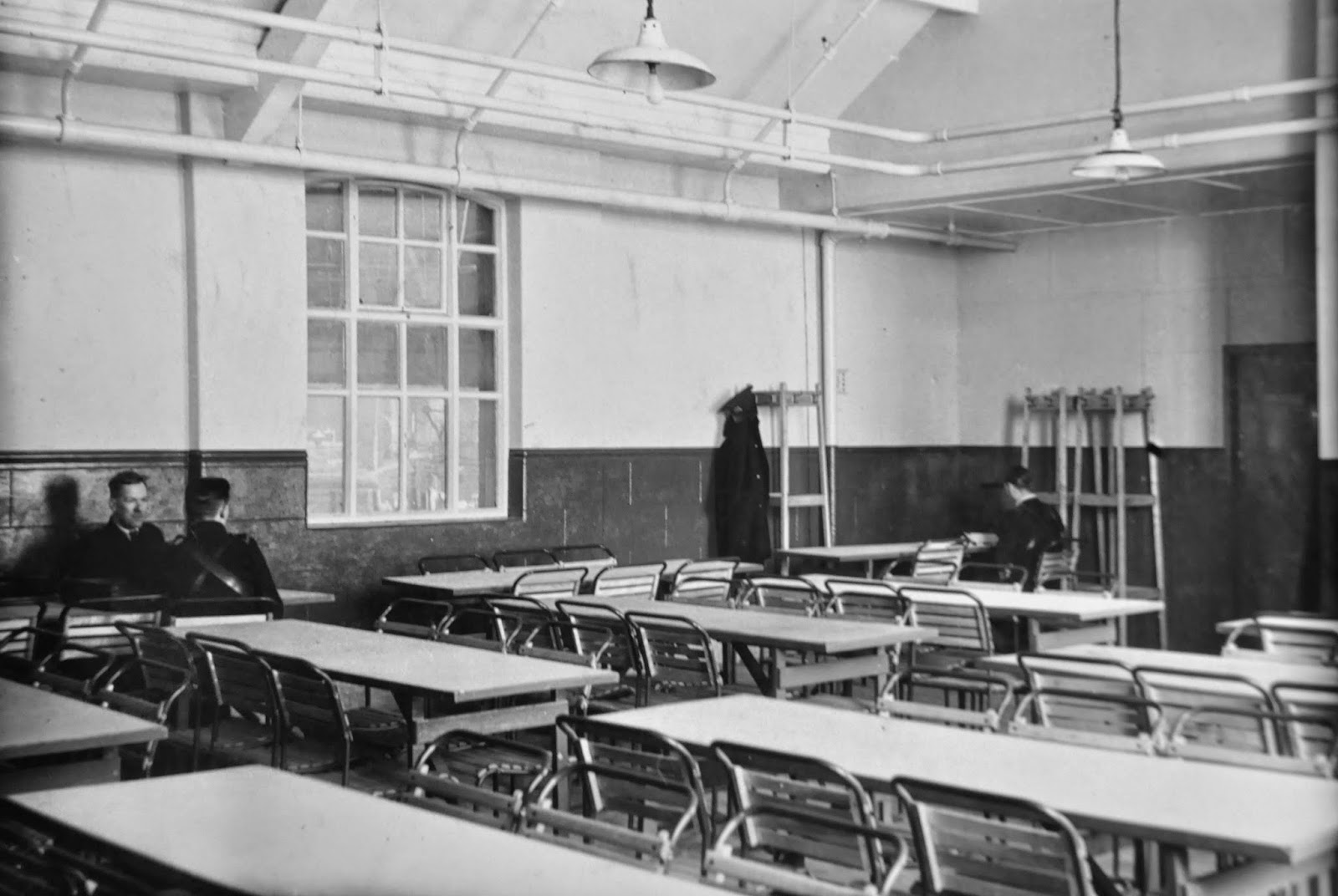 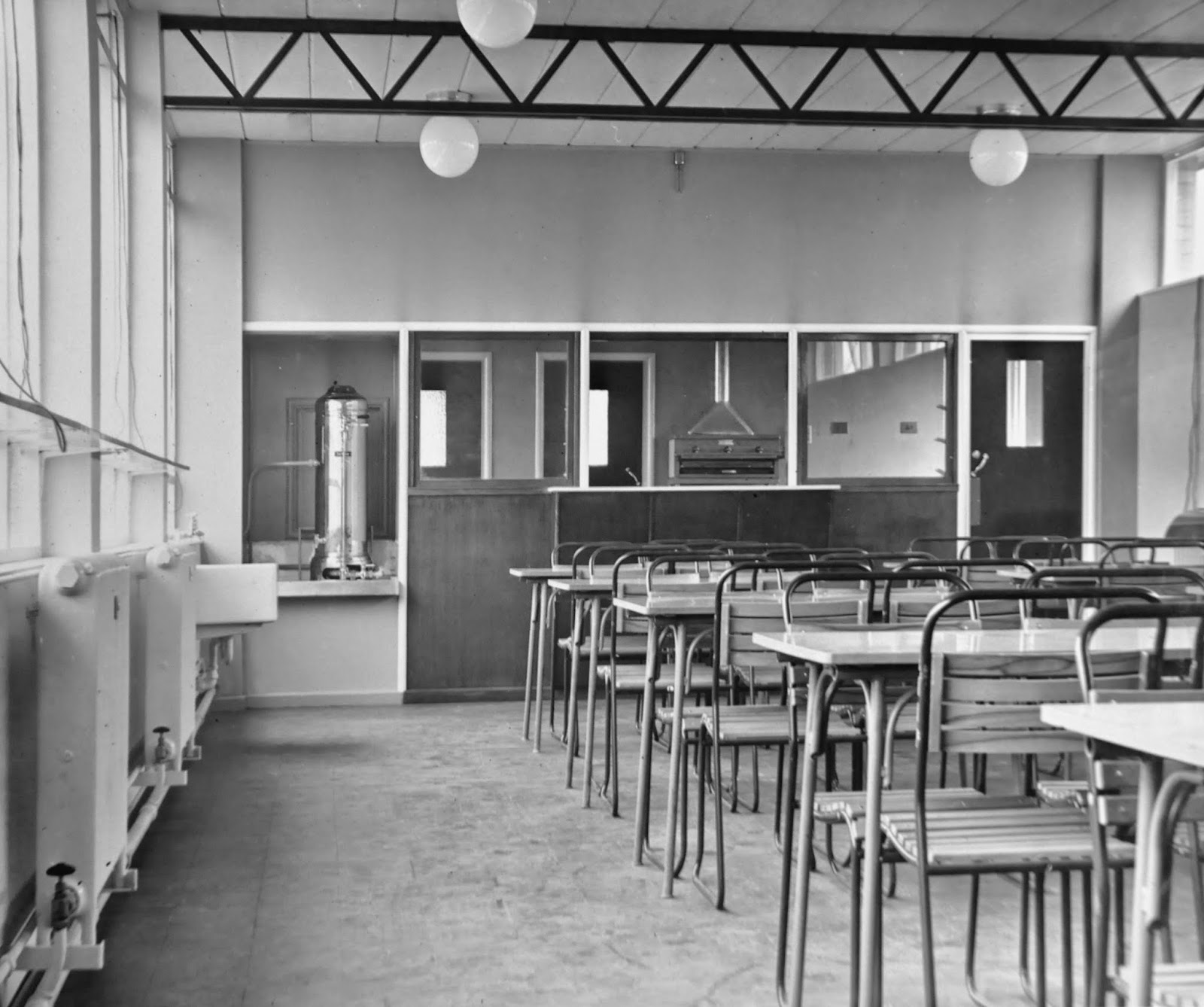 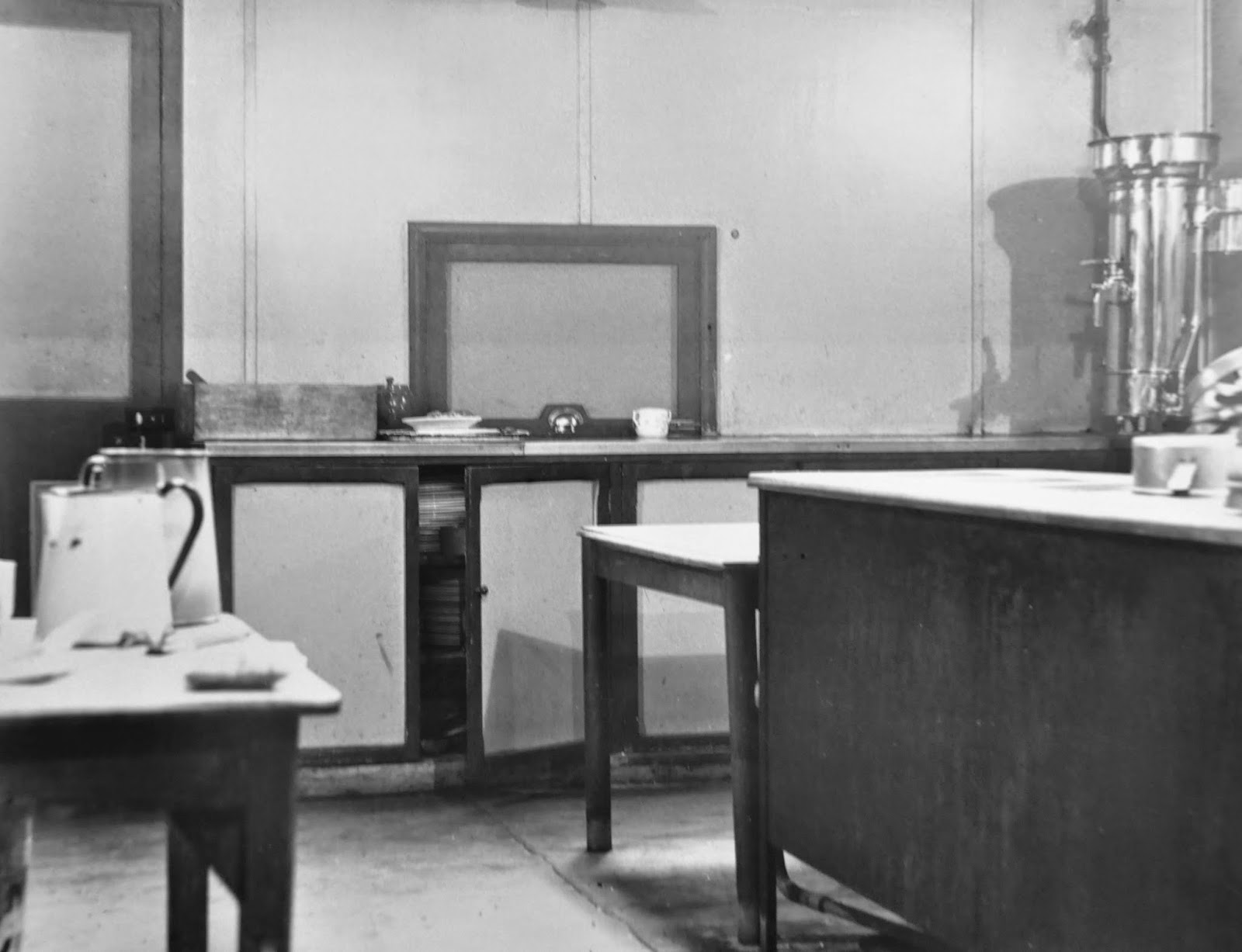 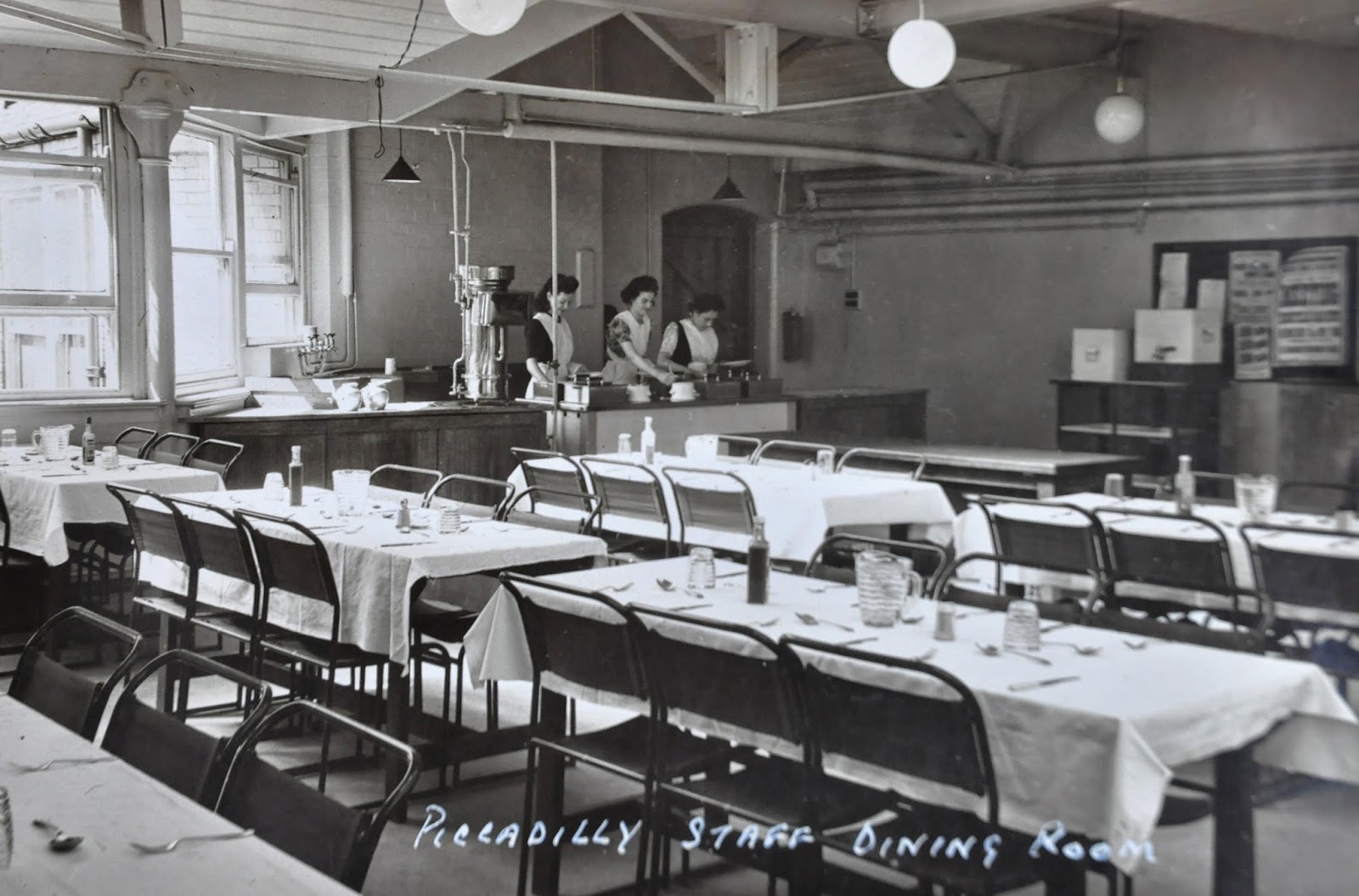 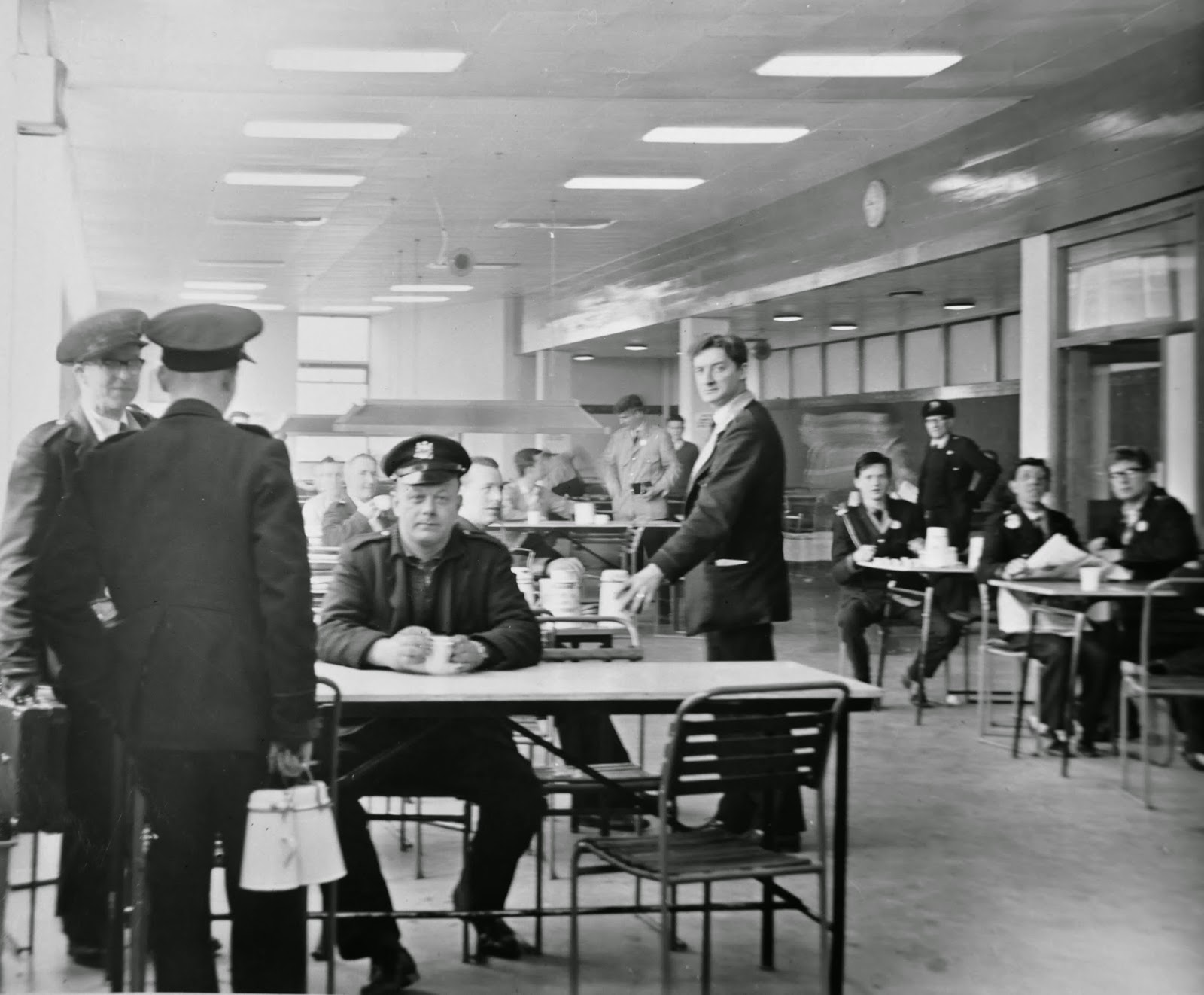 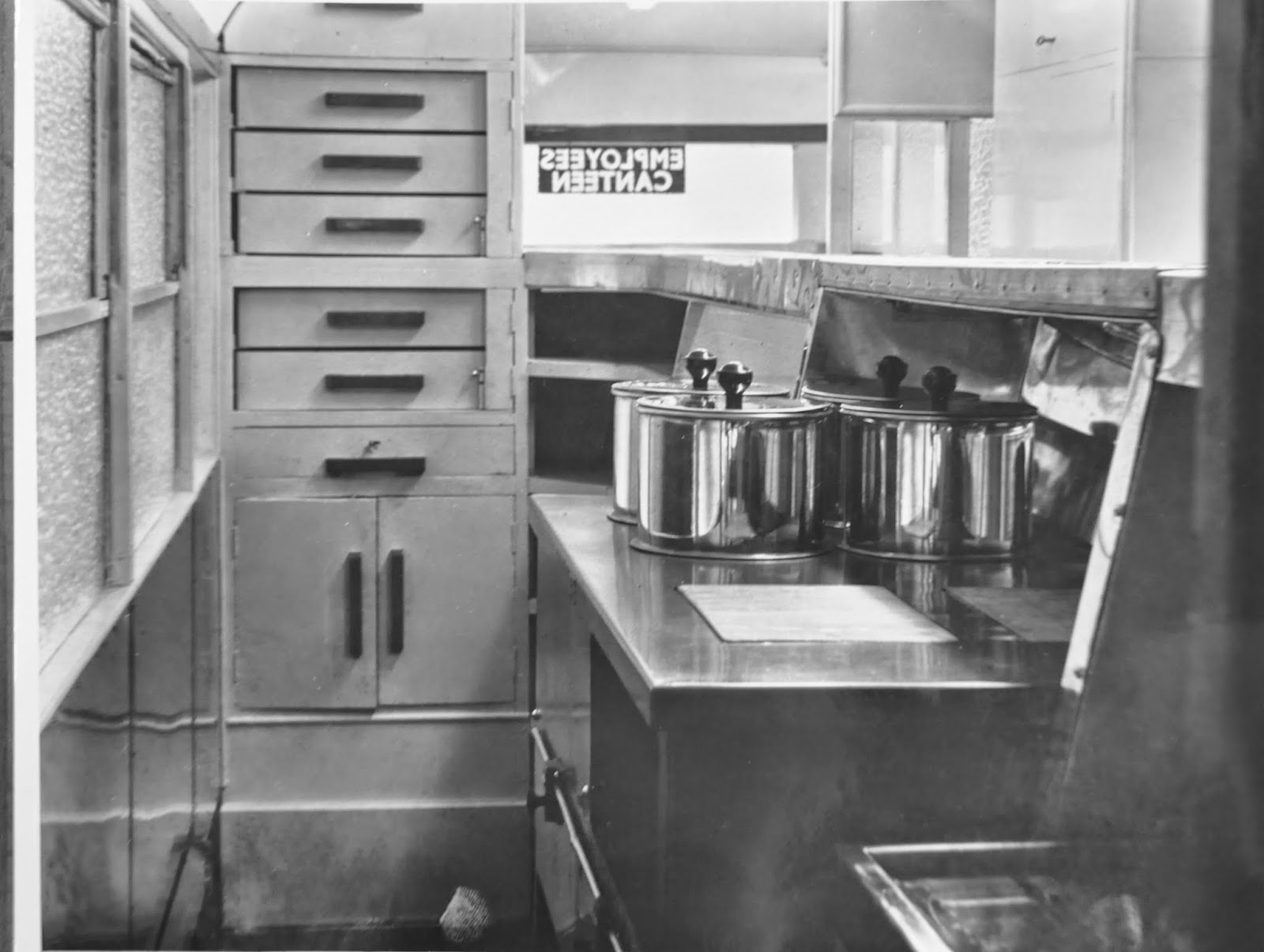 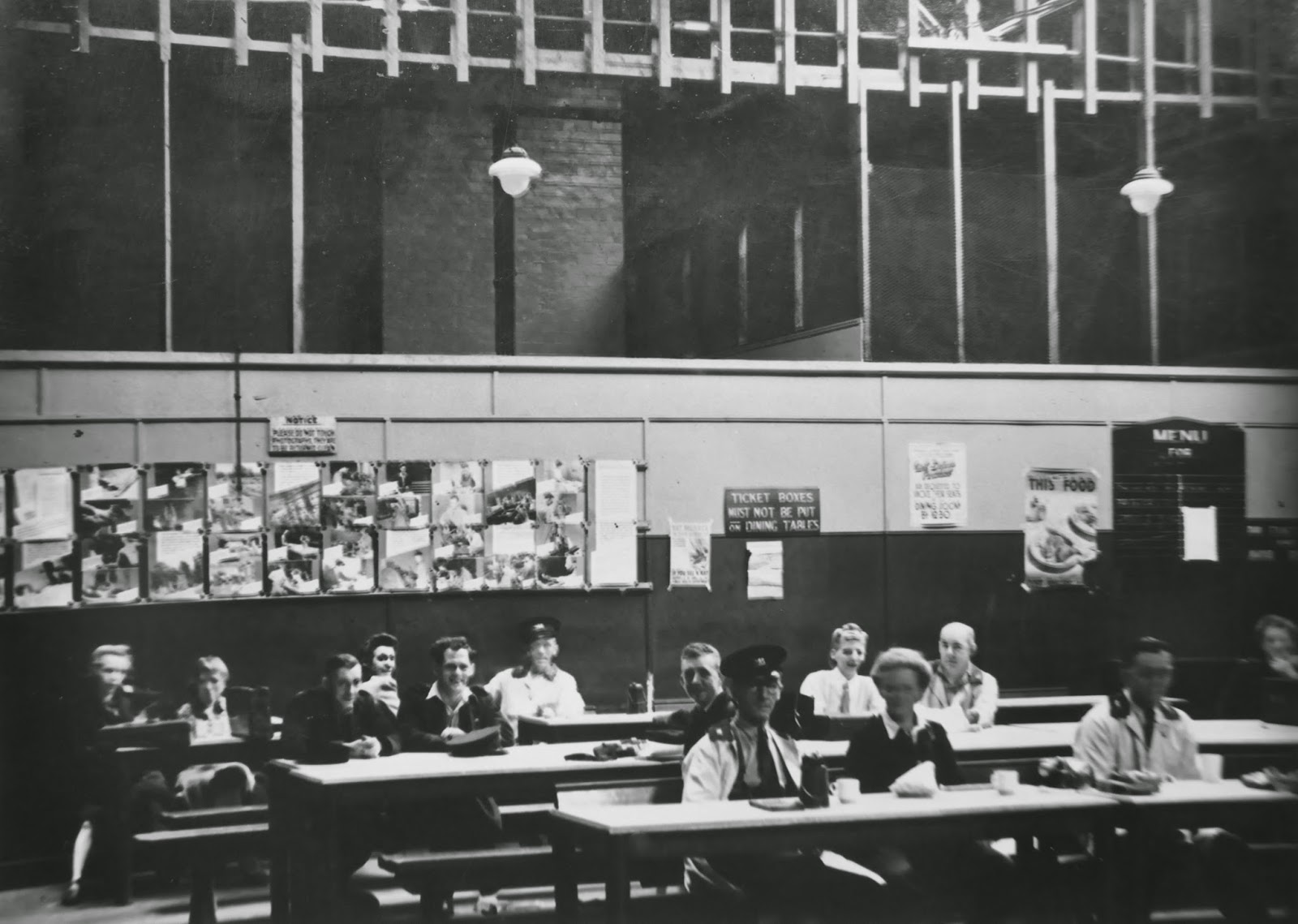 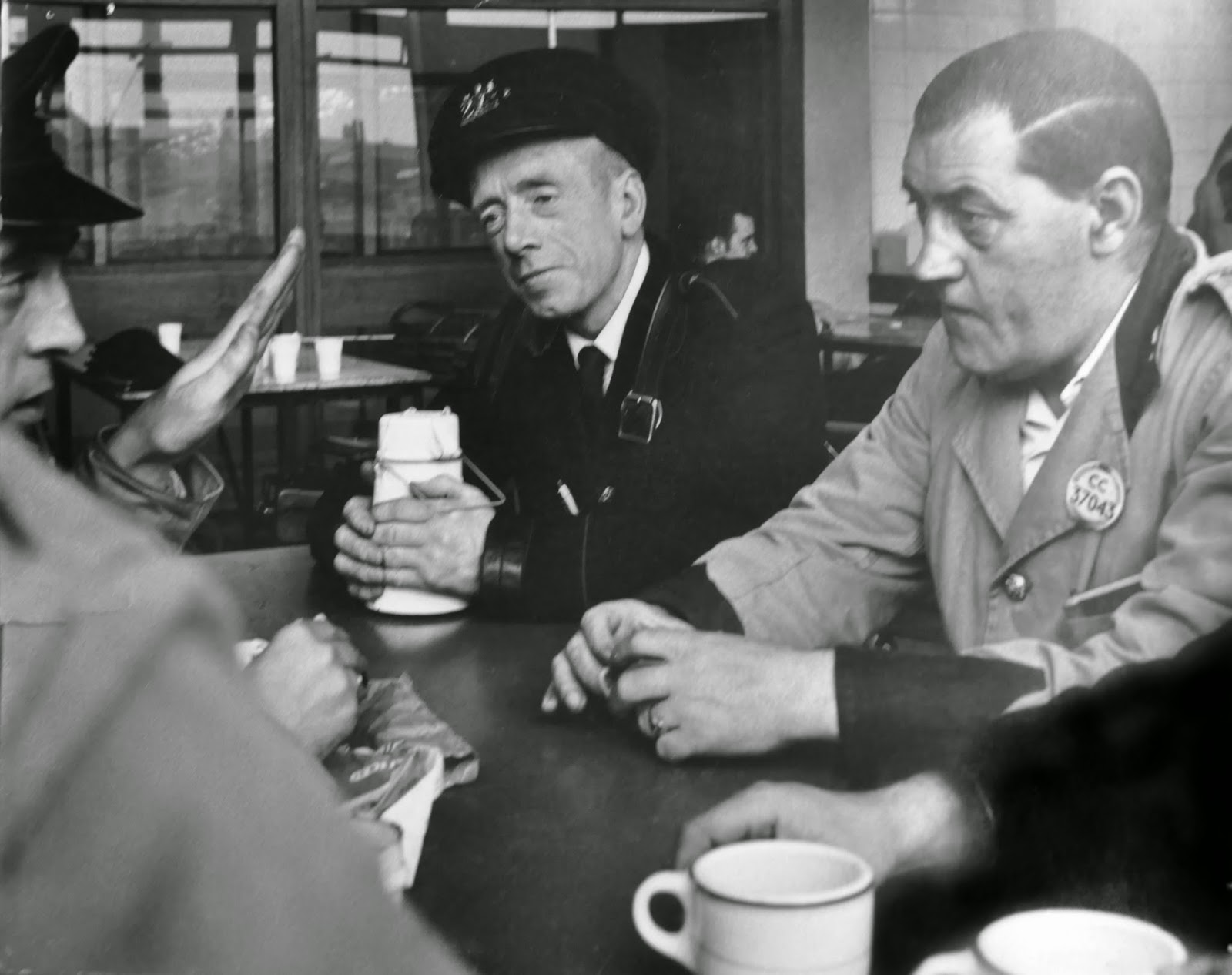 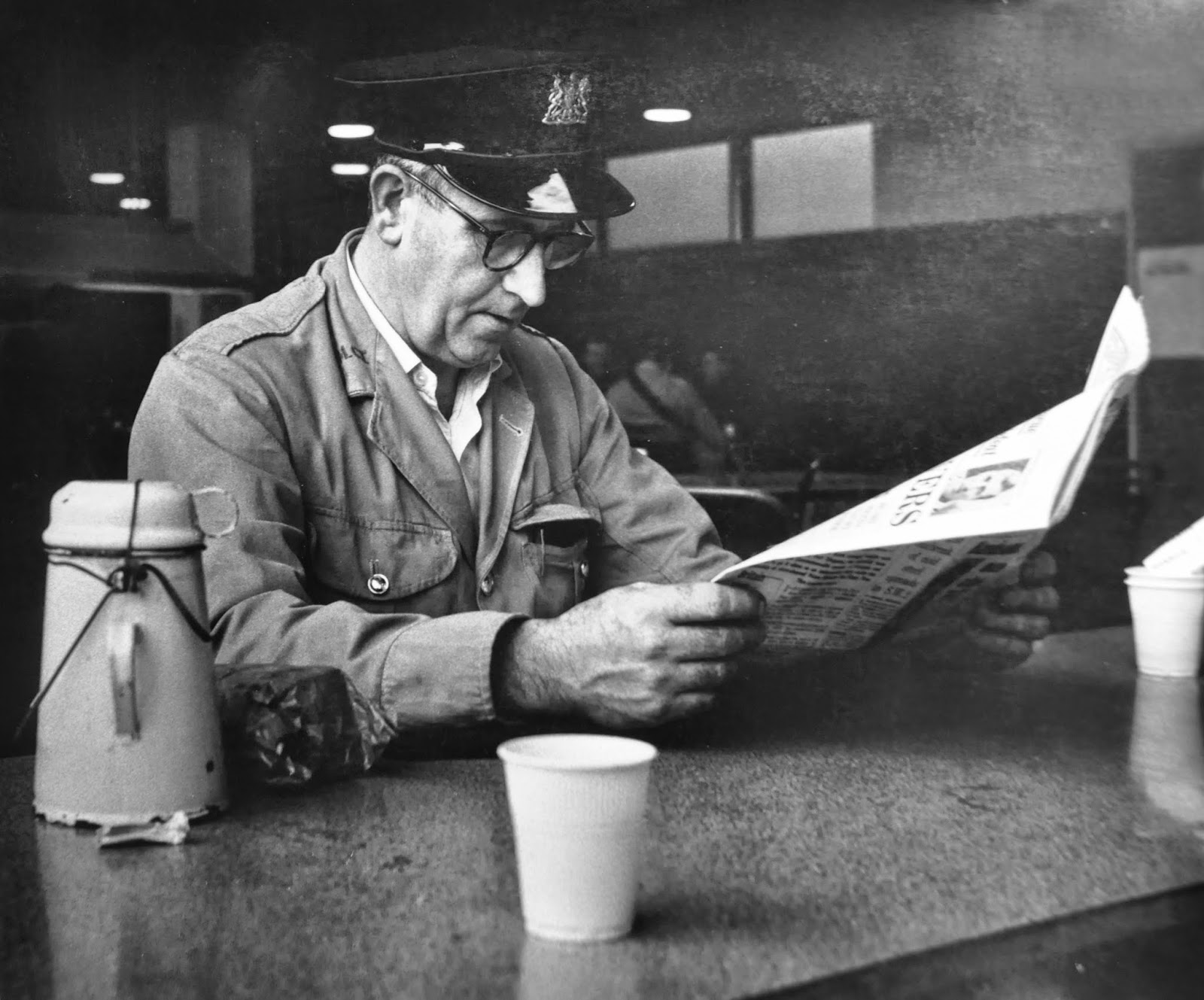 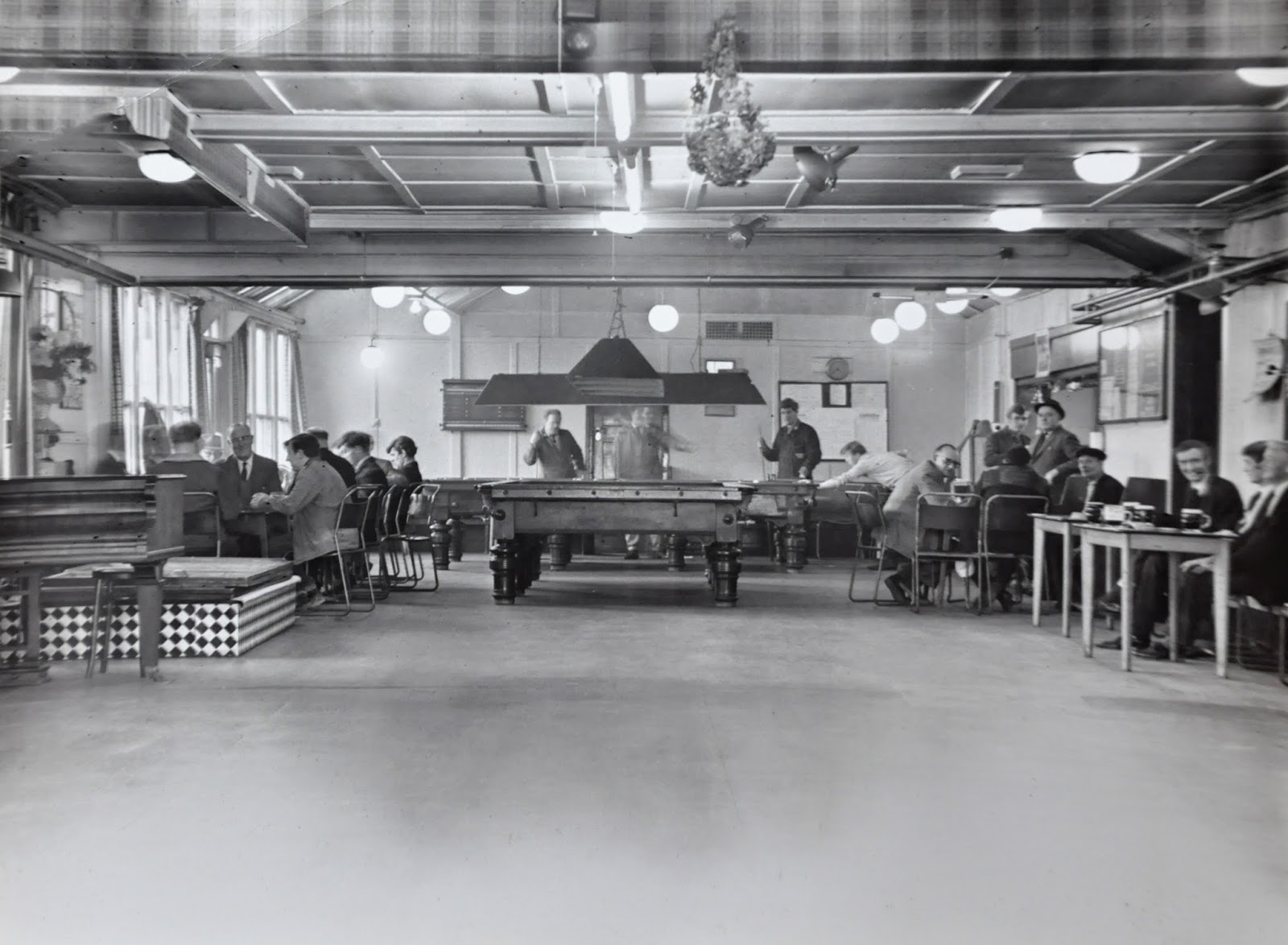 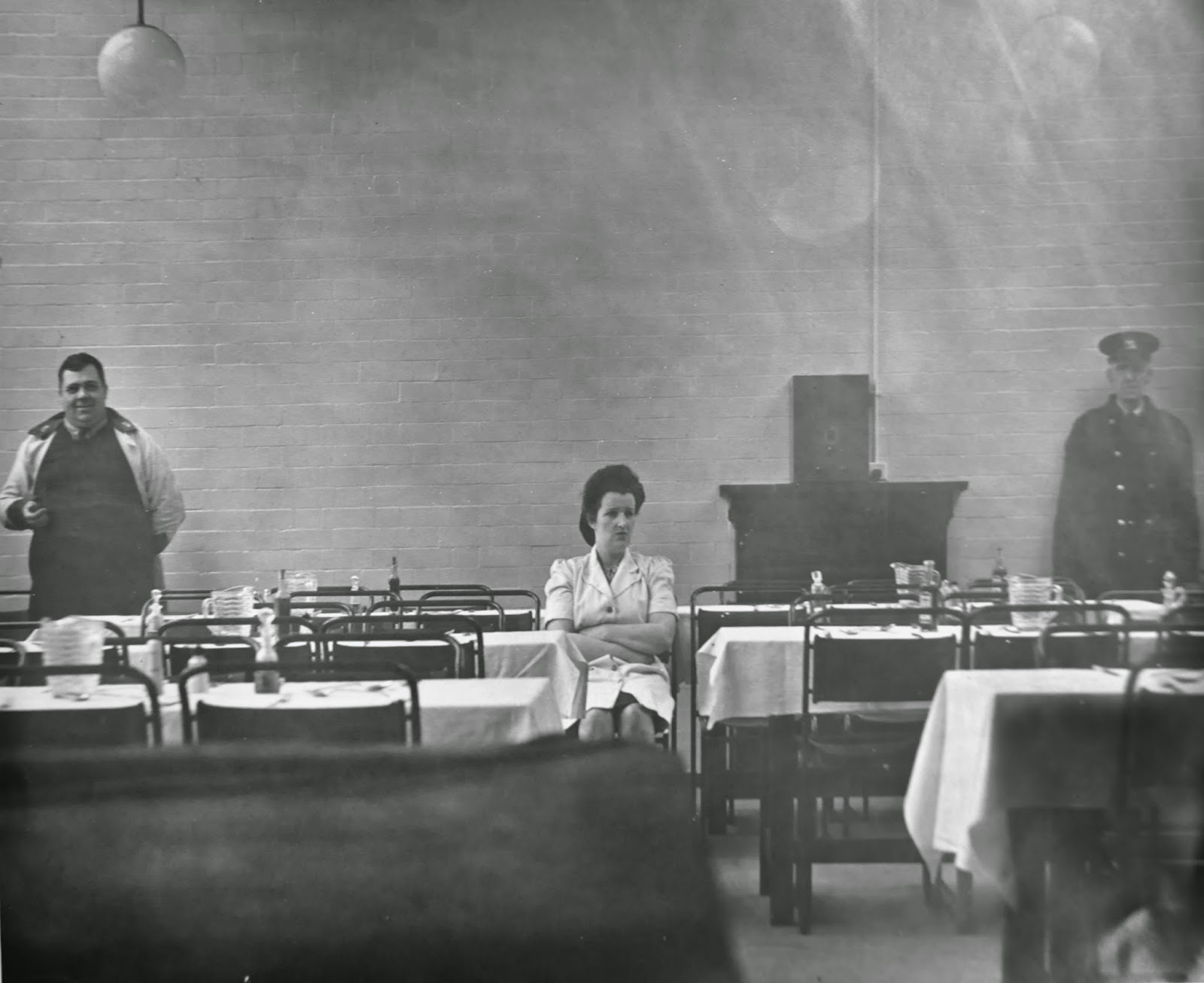 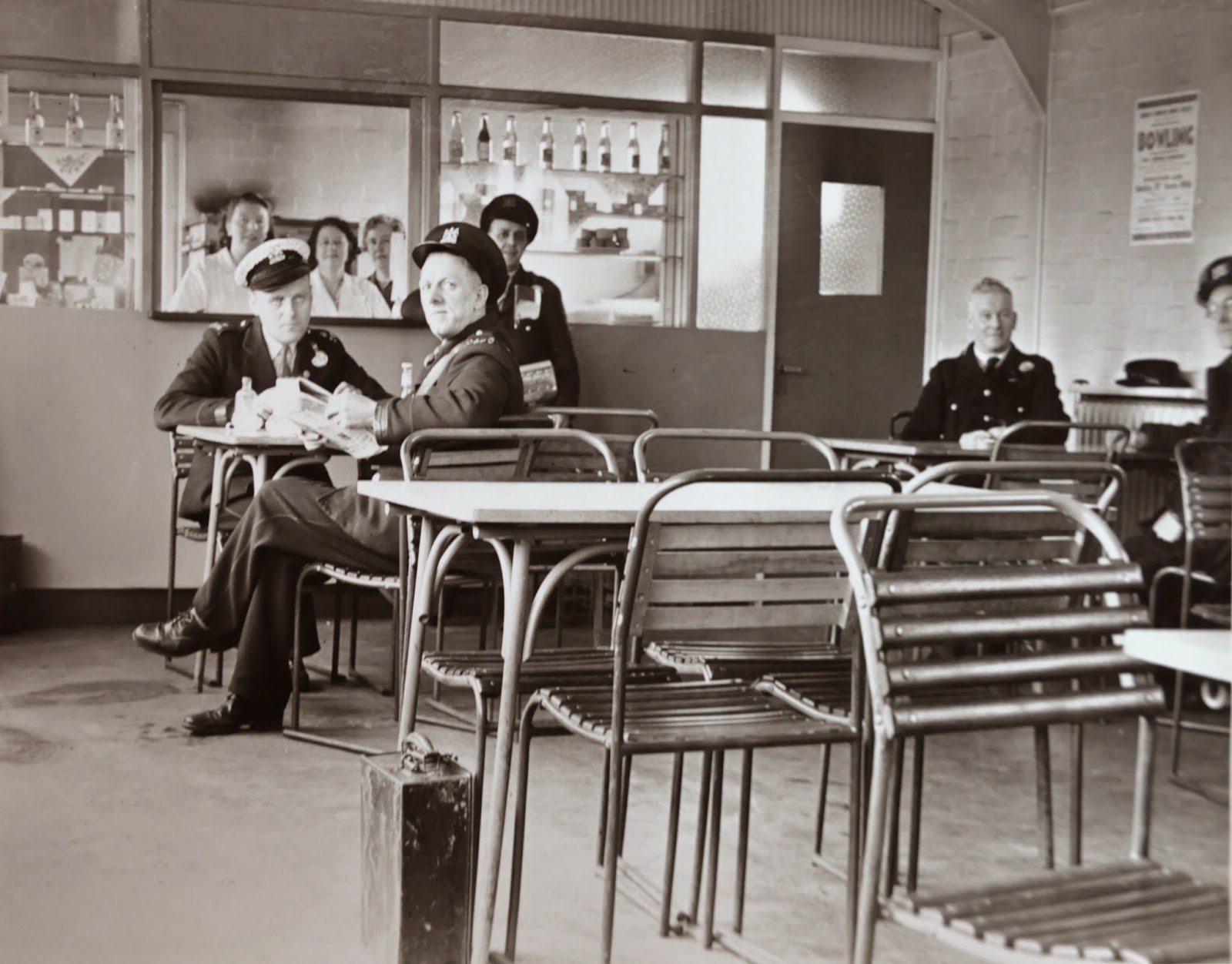 During the Second World War, Manchester Corporation Transport along with most other bus companies employed female staff as crew, particularly as conductors. These images from the archive of The Museum of Transport - Greater Manchester http://www.gmts.co.uk, illustrate the confidence, fellowship and élan that they brought to the service. Standing as lasting testament to the importance of the lives of working women.

At the end of the war many were summarily dismissed.

Now we don't have any conductors at all. 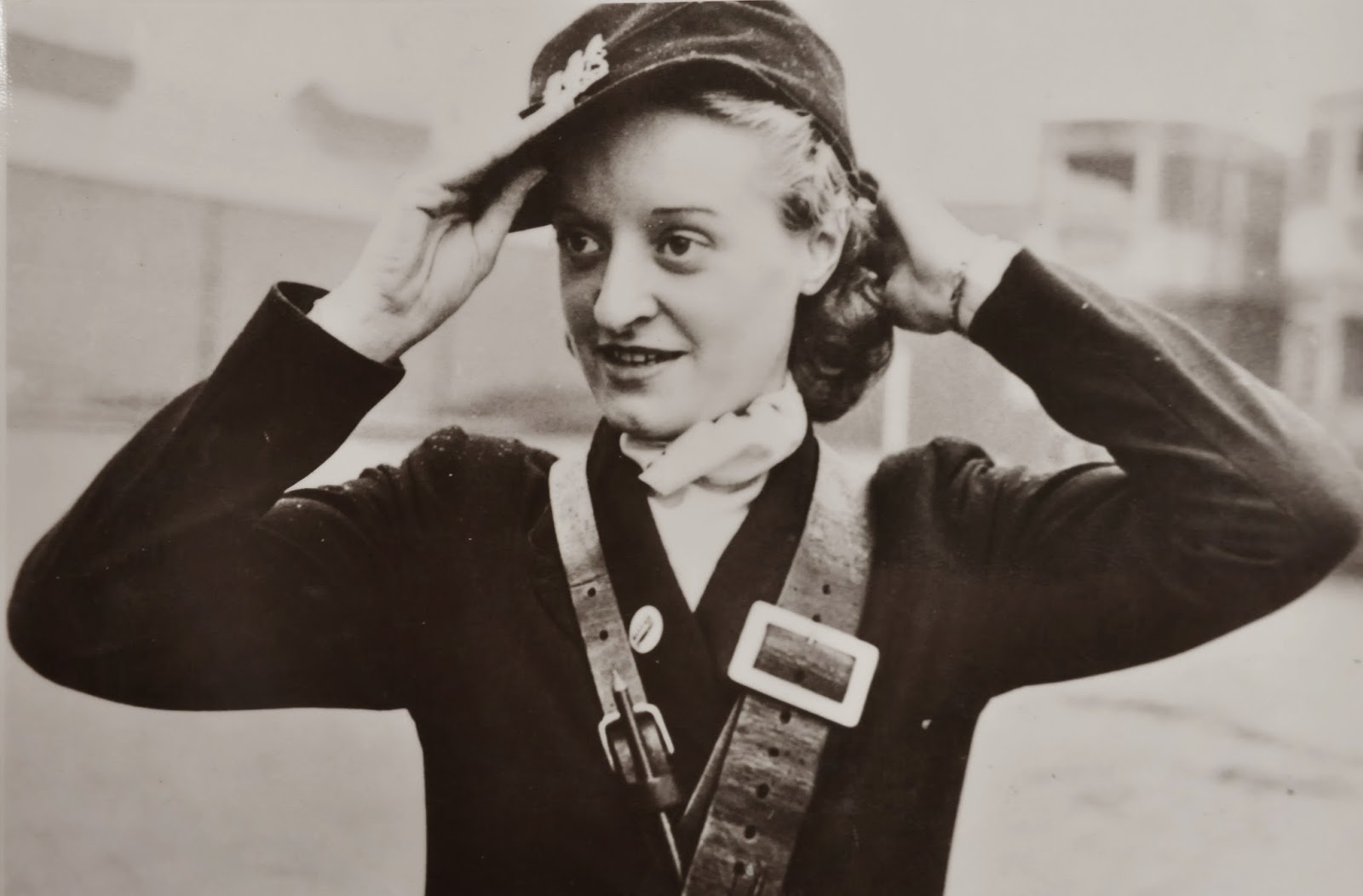 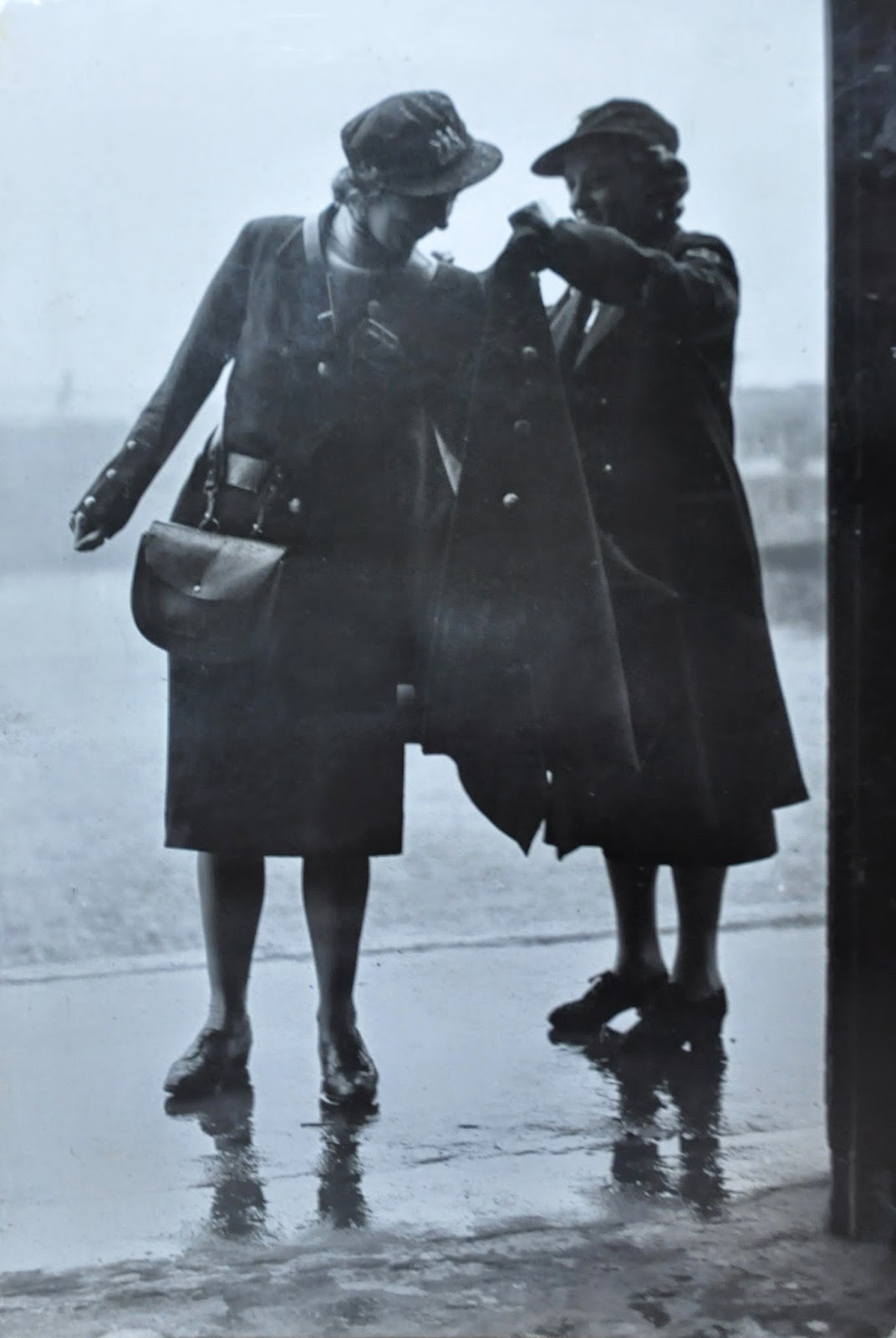 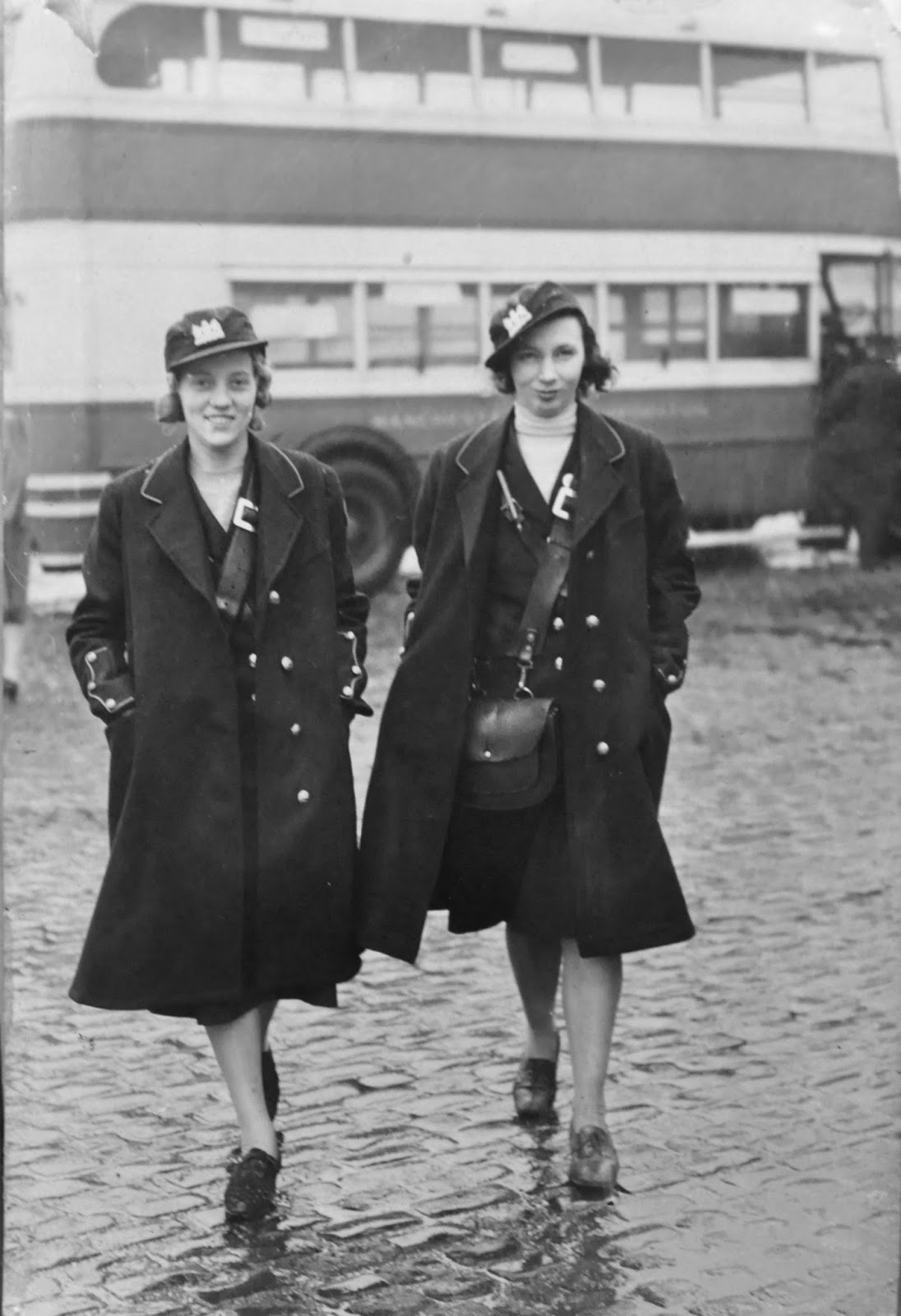 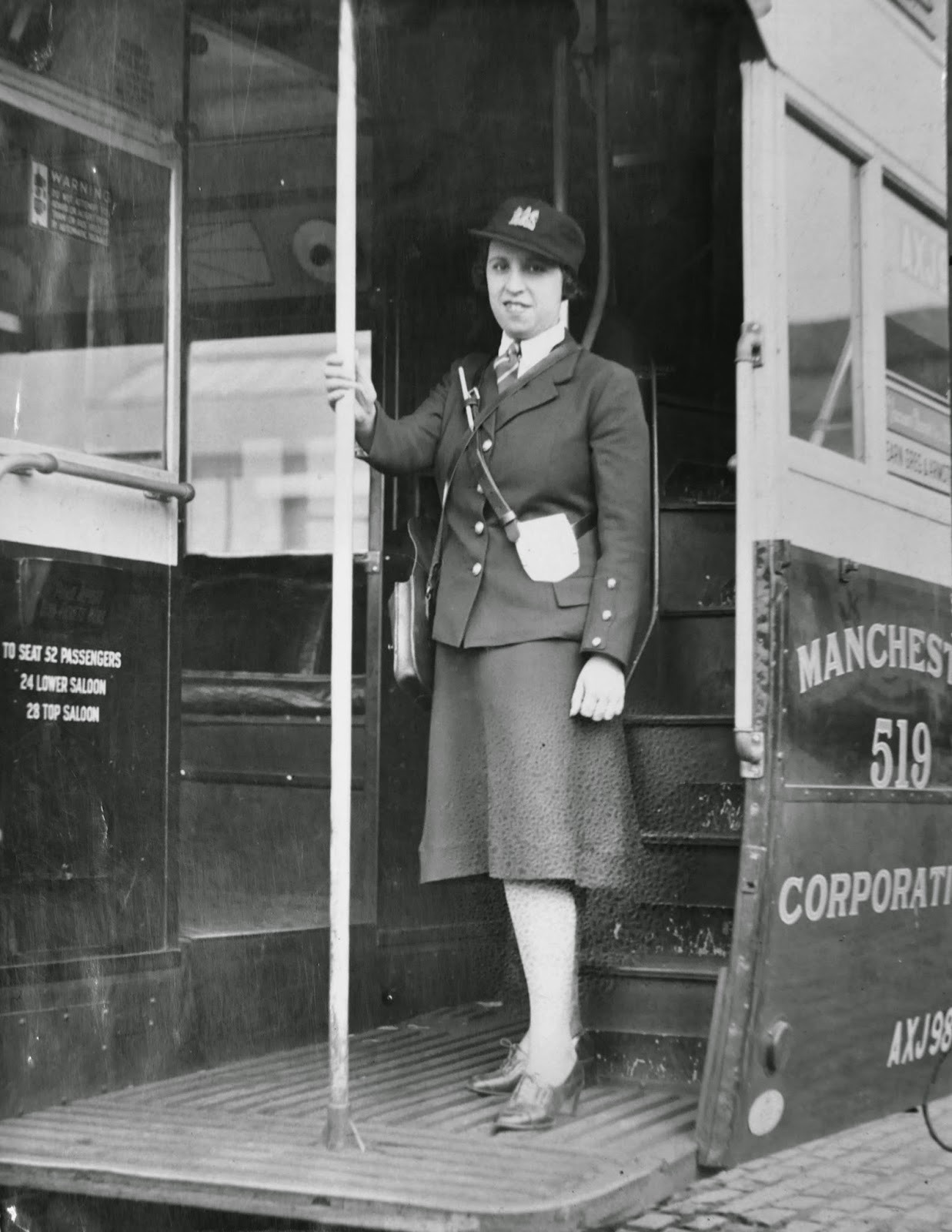 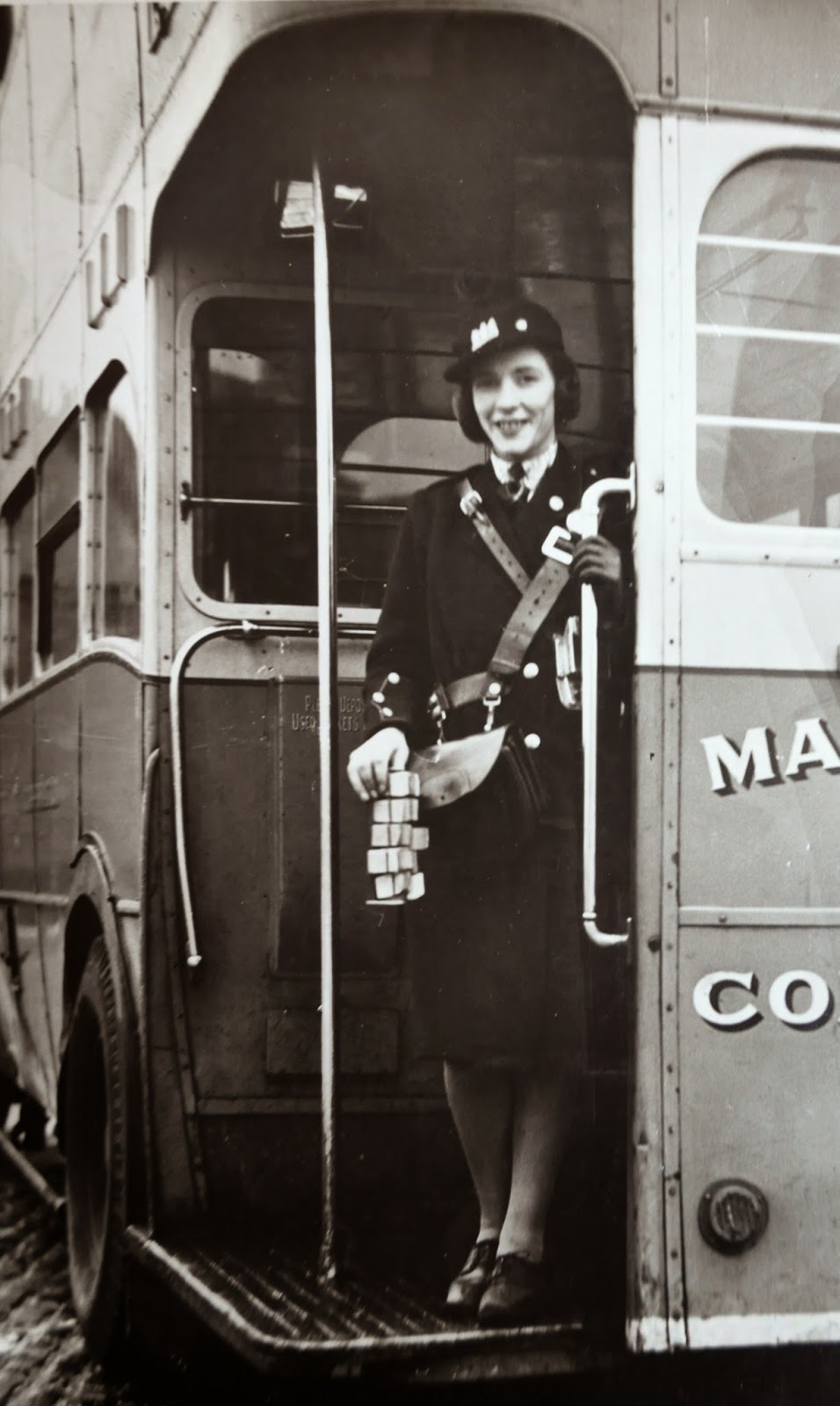 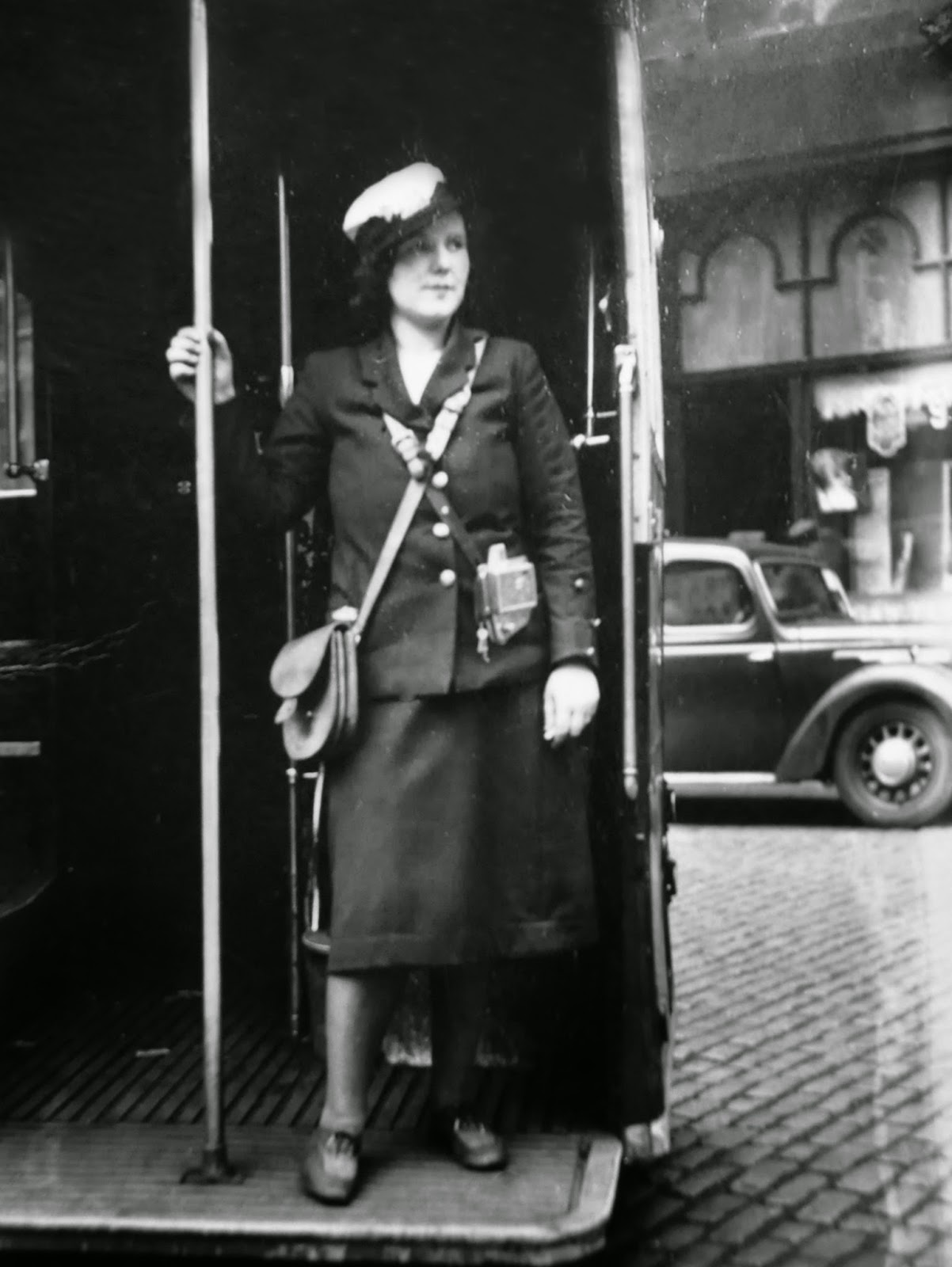 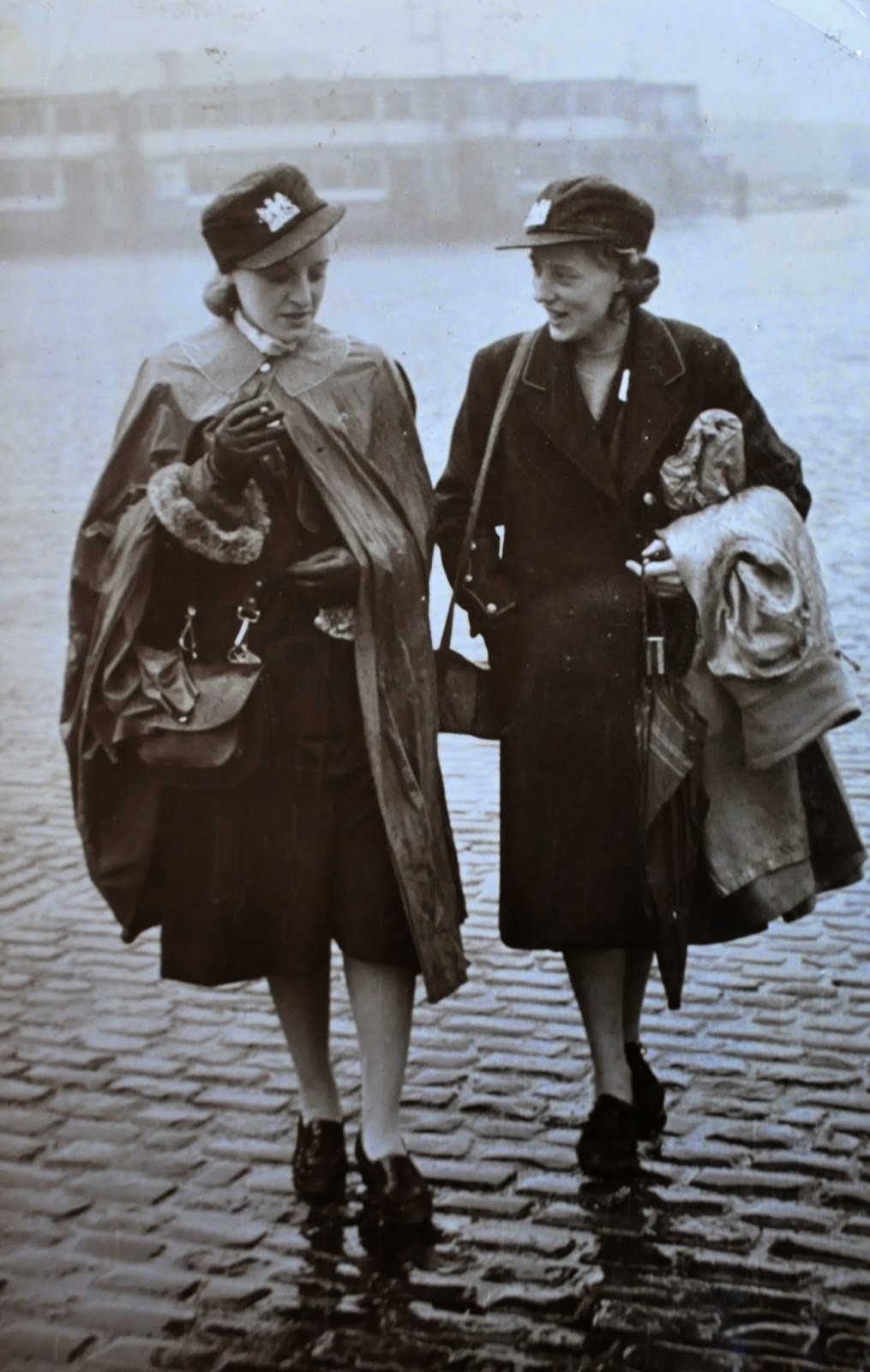 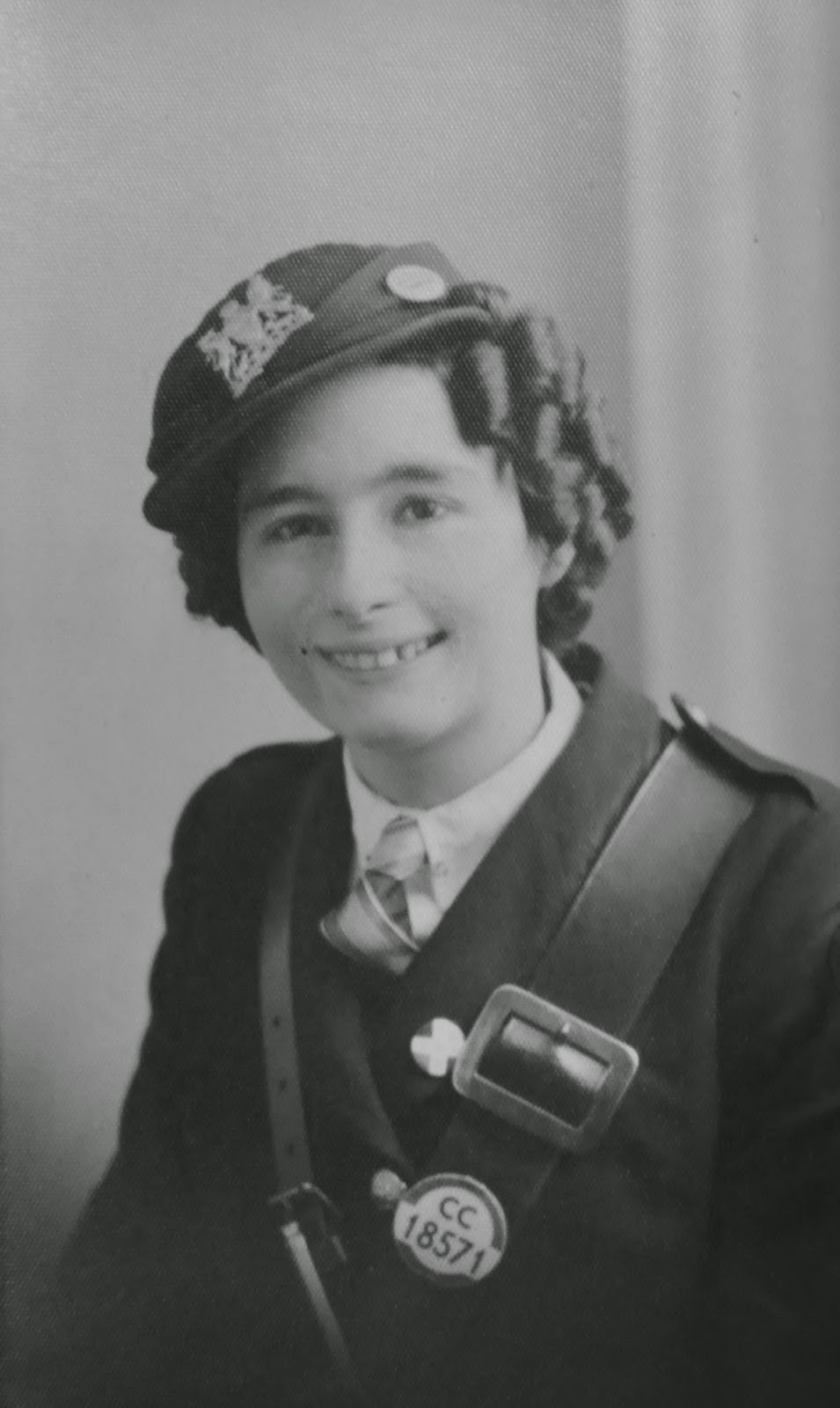 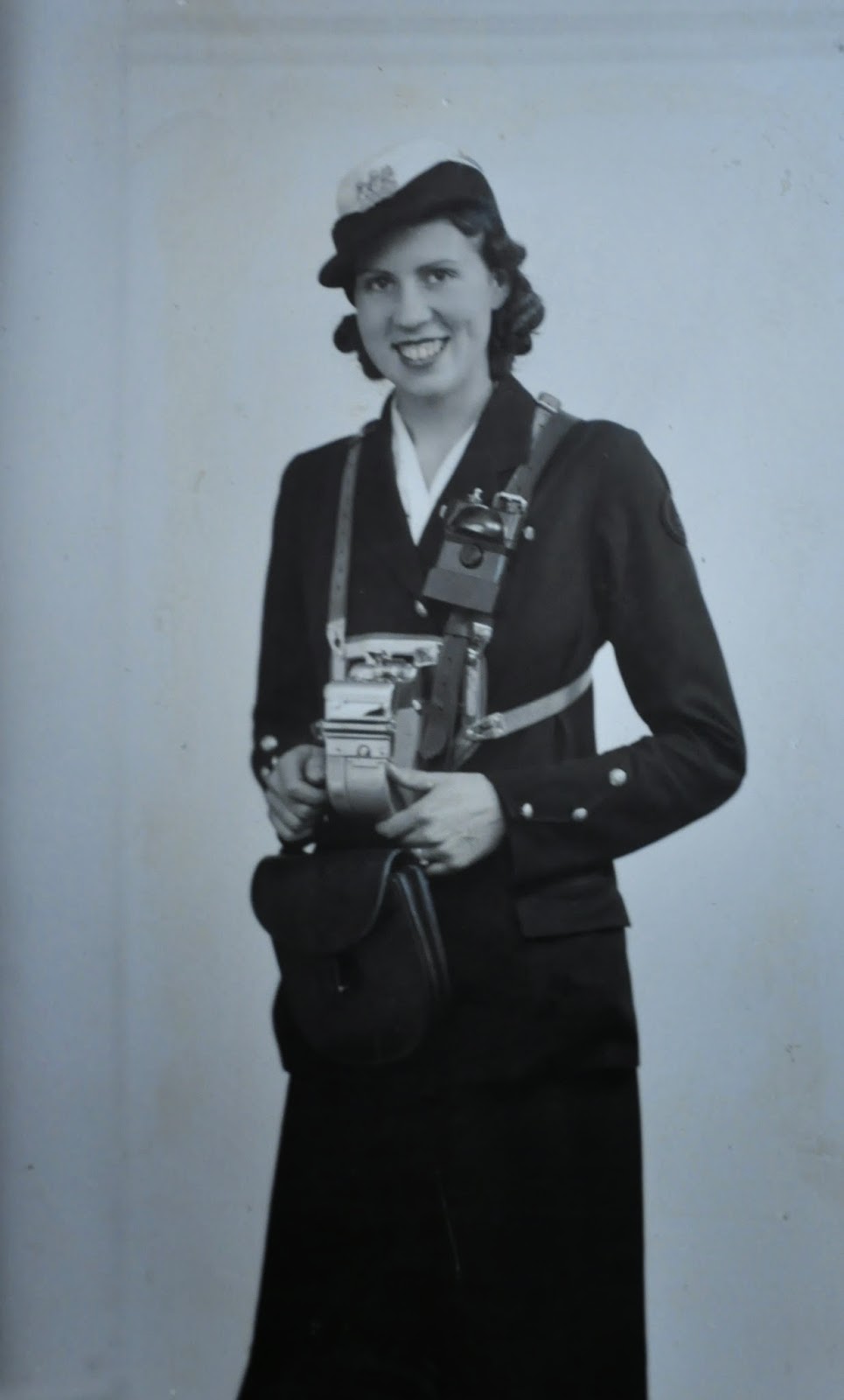 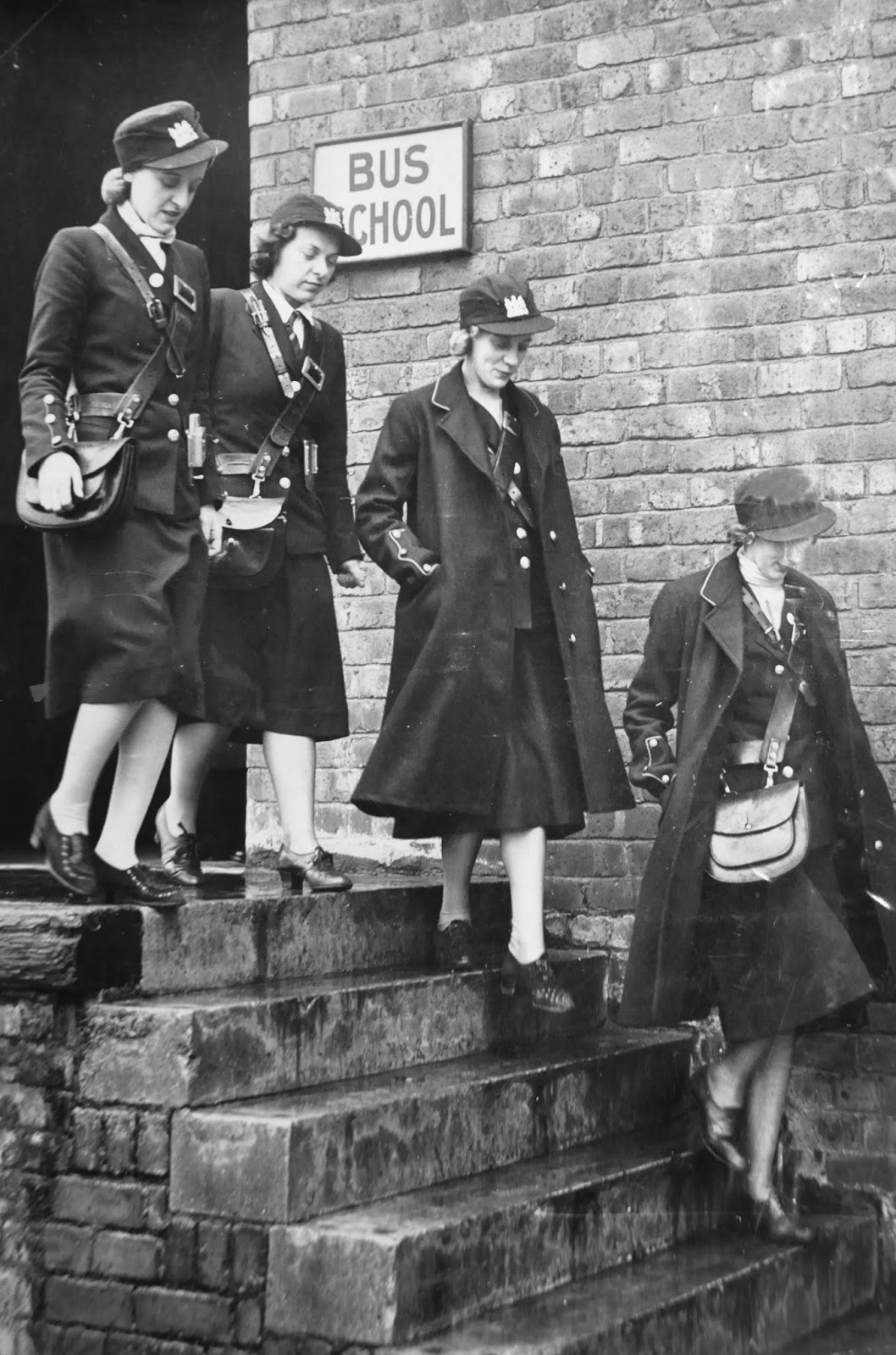 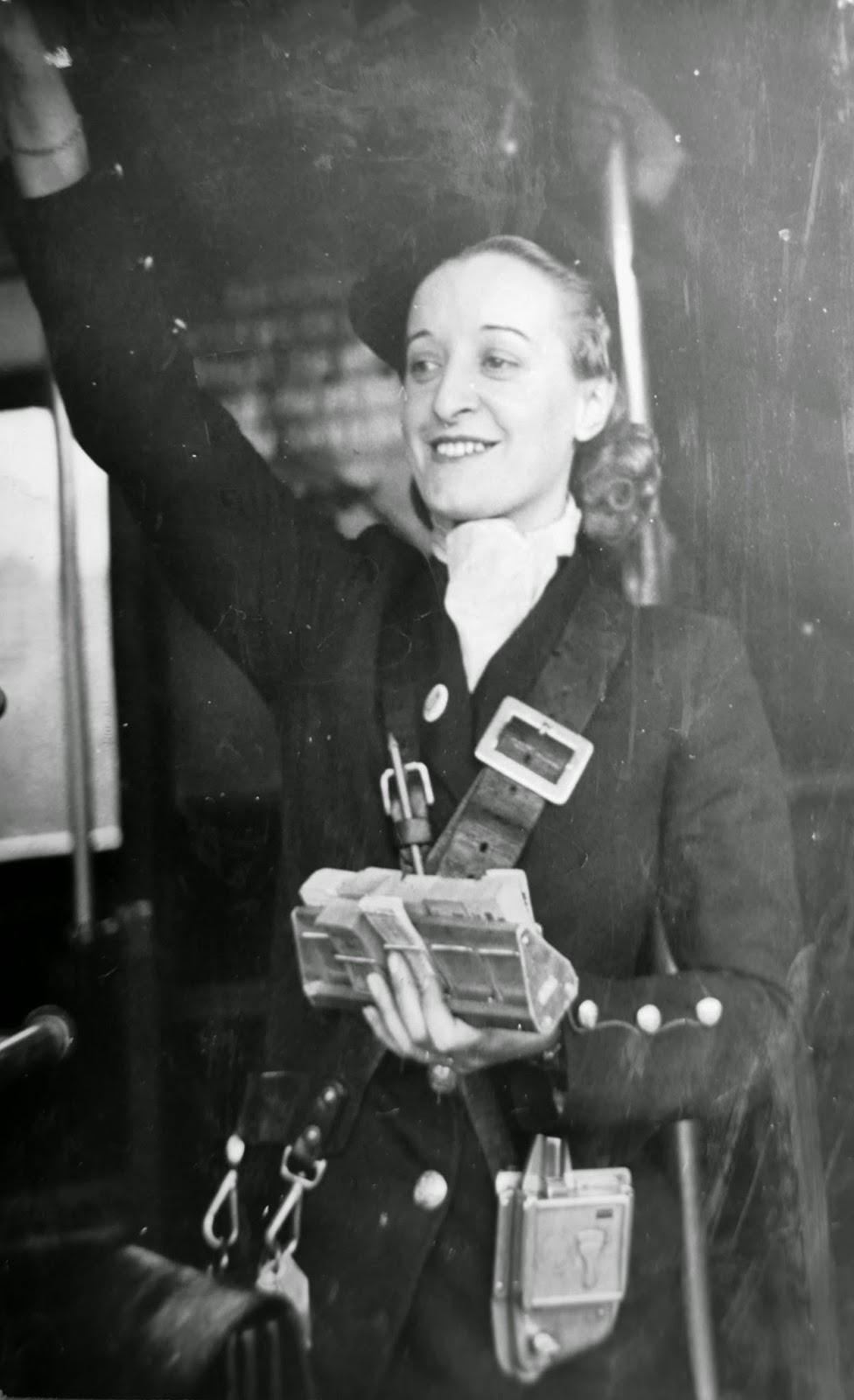 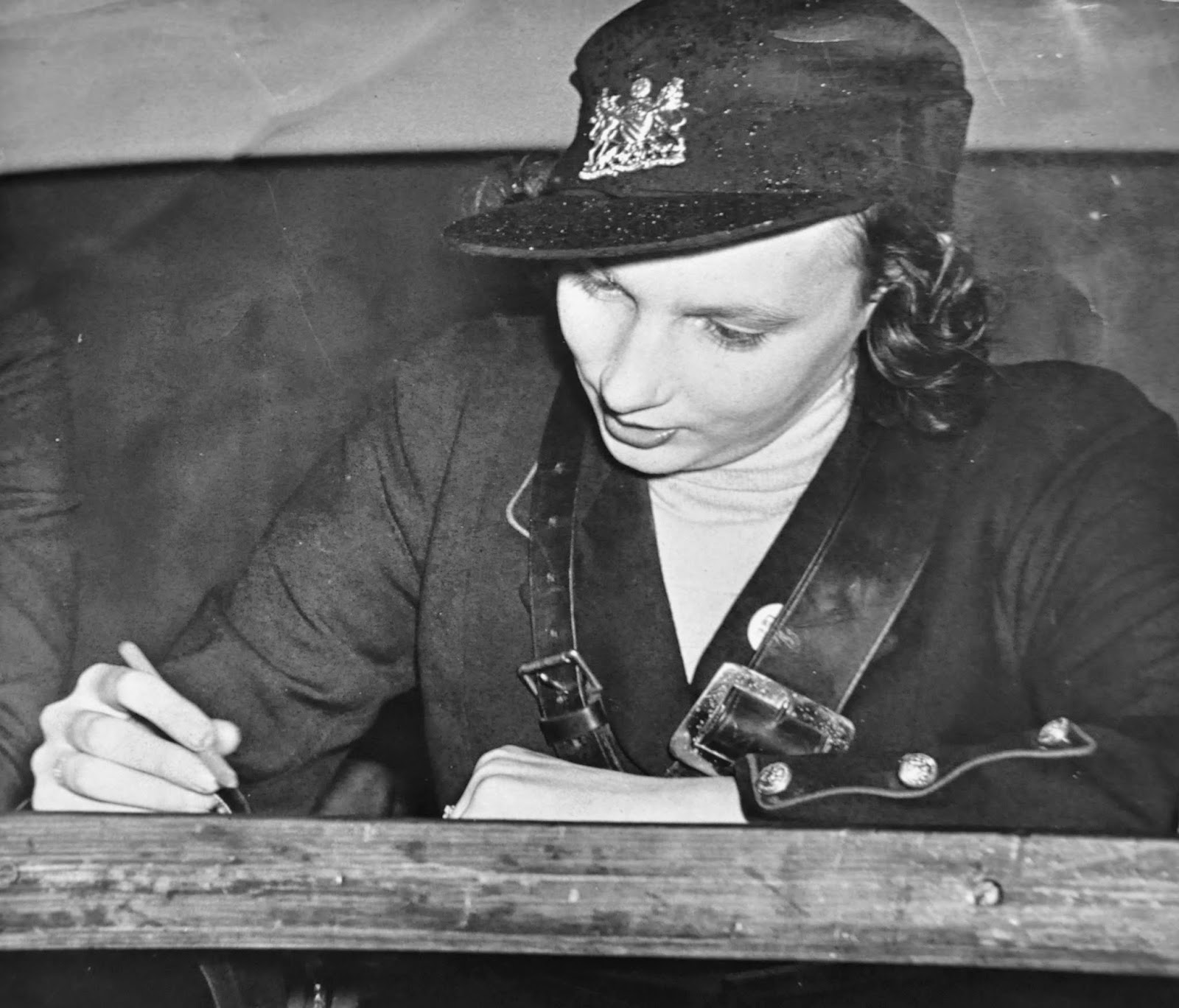 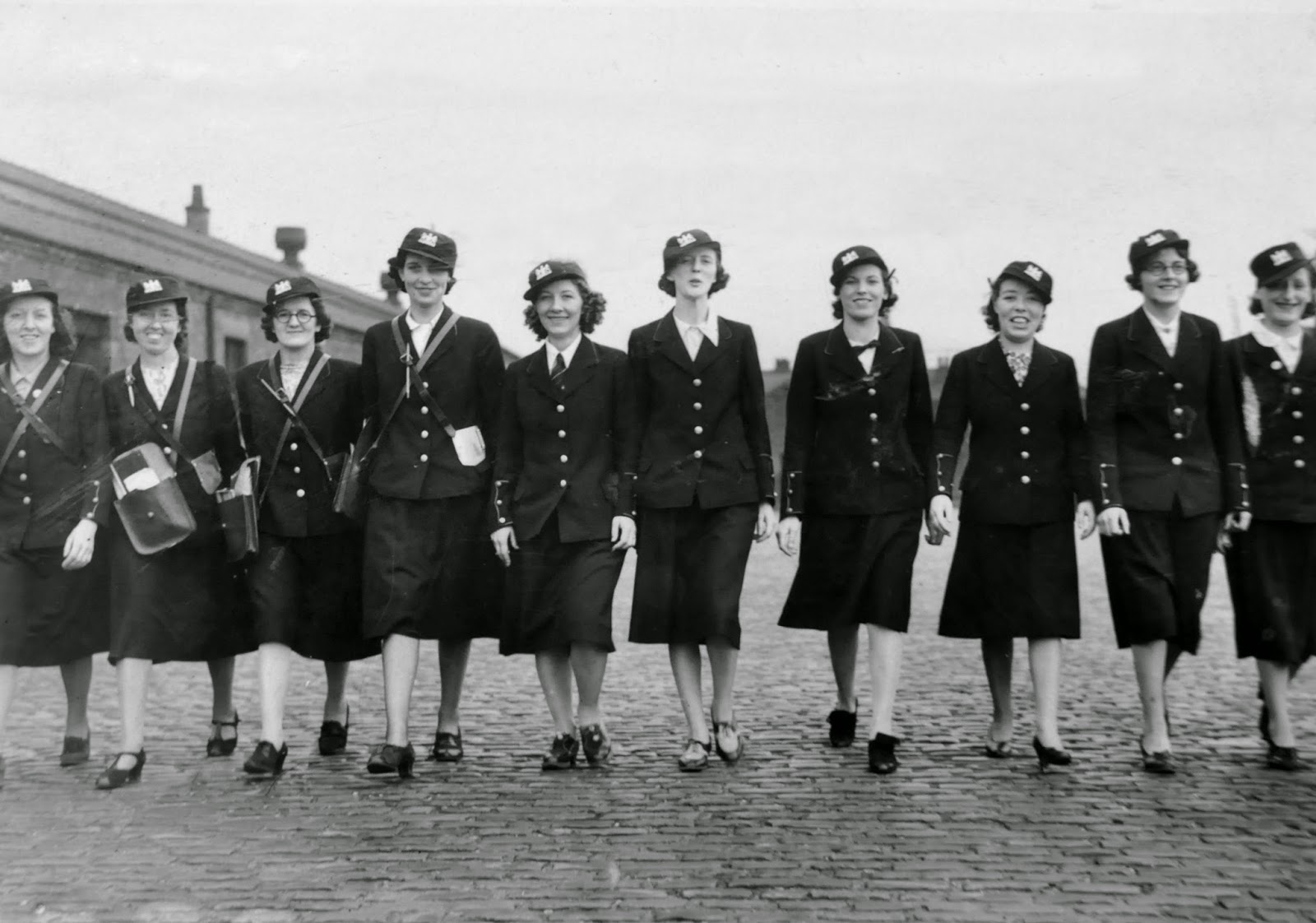 To begin at the beginning, on the 12th May 1832 passenger vehicles are first allowed, by Act of Parliament to stop at the kerbside. The growth in passenger transport and the need for intermediate routes and stops, between the new railway stations, industrial cities and suburbs heralds the birth of the bus stop. And in 1890, the bus shelter, its primary function to provide rest and respite from the elements for the weary traveller.
By no means a mere mean refuge, it was adopted and adapted to become boudoir, bordello, immobile disco, inferno, urinal, Lambrini shebeen - a truly contemporary temporary home. Our country cousins huddle inside the comforting vernacular, half-timbered, waney lapped, clapboarded and stone clad. The city dweller is quickly encased in the new materials of the industrial age, cast iron, glass, concrete, galvanised steel and aluminium sheeting. Their design is rational, utilitarian, functional and modern.